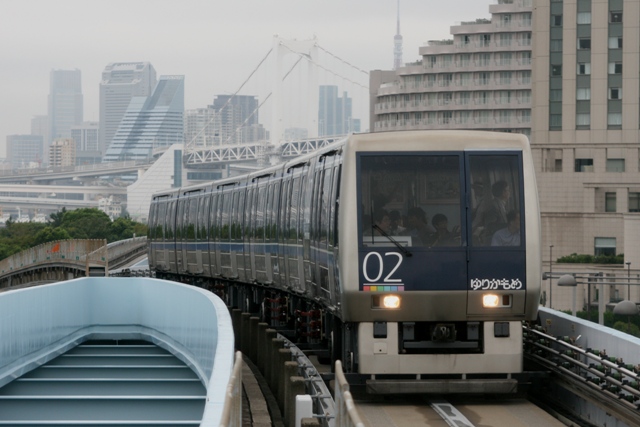 As promised before, here is another example of AGT (automated guide way transit) in the Tokyo metropolitan area. It’s called “Yurikamome” (black-headed gull). The formal name is the Rinkai Line of Tokyo Rinkai Shin-kotsu.

The Yurikamome line was opened in 1995 between Shinbashi, a subcenter of Tokyo, and Ariake in the Tokyo Bay area, and it was later extended to Toyosu, a newly developed waterfront residential quarter. The current total operating length is 14.7km.

Before opening Yurikamome, people were concerned that the railway company would struggle with debts, because the construction cost was quite large. However, so far, it has succeeded beyond their wildest expectations, because the number of passengers has been much higher than anticipated.

Sightseers have been contributing to the business. They visit various spots on the line, such as museums, theaters, shopping malls, hotels and convention centers. But, more importantly, people take this line, probably because of the superb views from the train windows. For example, Rainbow Bridge of the Shuto Highway, unique Fuji TV and Tokyo Big Sight buildings are definitely attractive for visitors. I strongly recommend to ride a night train. I found a beautiful night view movie, which is provided by "cat2525jp", as follows.
Night veiw from the train window on the Yurikamome Line
Video: Courtesy "cat2525jp", large screen version is here

The EMU 7000 series operates on the Yurikamome Line, which was launched in 1995. A total of 26 sets were manufactured by 2009. One set is composed of 6 units, and all trains are operated automatically without drivers. So, the passengers can enjoy the view ahead.

Yurikamome…it’s a scenic transit in the Tokyo Bay area. 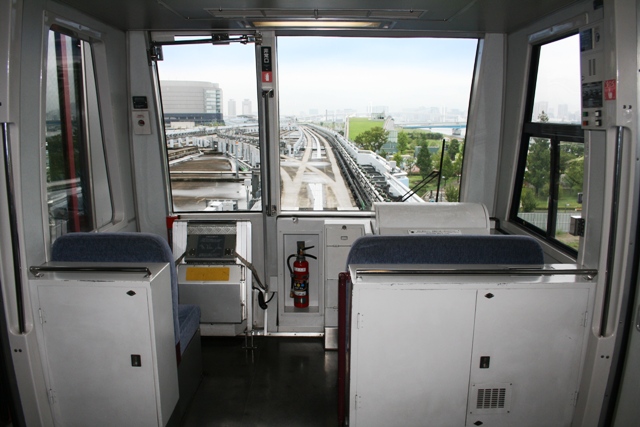 Summer-end Fireworks on the Tokaido Line 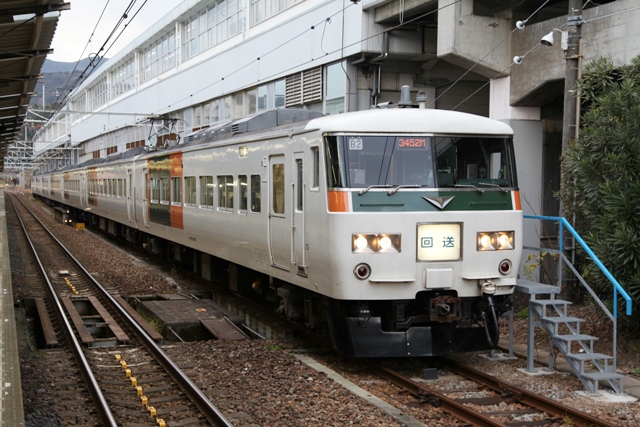