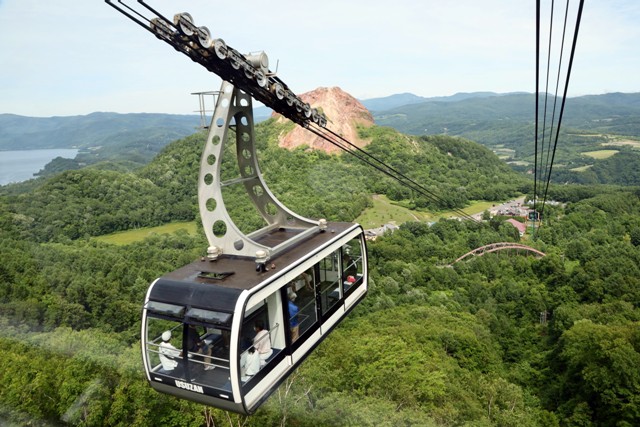 After visiting Mt. Hakodate, we headed north. Our next destination was a recently erupted volcano near Muroran City.

Showa-shinzan (new mountain of Showa-era) is a rhyolite volcanic lava dome with about 400 meters in height. It was abruptly created in an upland cropping area in 1944. Although it was in the middle of WWII, a local postmaster, Mimatsu Masao, surveyed the growing volcano in great detail. His research was very precious, and has been highly regarded among specialists.

For viewing the whole image of Showa-shinzan, Usuzan Ropeway is convenient. It's four cables - cross type aerial tramway. Connecting Showa-shinzan Sanroku (foot of Showa-shinzan) and Usuzan-sancho (summit of Mt. Usu) stations, its route length is 1,370 meters. Usuzan Sancho station is located 560 meters above sea level. The height difference between the two stations is 356 meters. Its maximum inclination is 24.17 degrees. The route was opened in 1965. The present gondolas, namely number 1 and 2, were built by CWA in Switzerland in 2020. Each gondola can accommodate up to 96 passengers including a conductor. The gondola is operated every 15 minutes with an operating speed of 5 meters per second. It takes about 6 minutes to go one way.

After arriving at the Usuzan-sancho station, we enjoyed a beautiful view of Showa-shinzan and adjacent Lake Toya. The brickish red-colored mountain face was very beautiful and impressive. It must be one of the best sceneries in the southern part of Hokkaido Island. 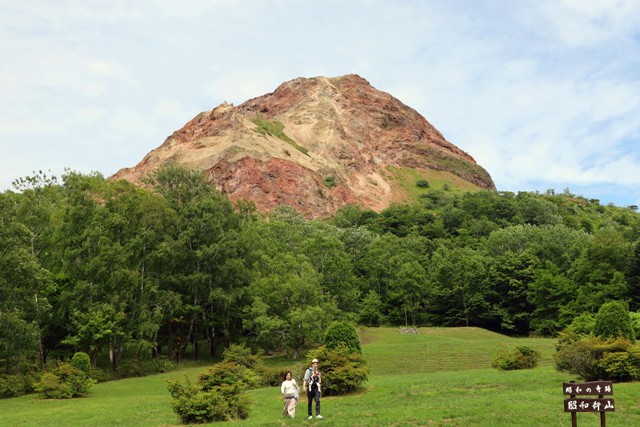 Hydrangea Corridor on the Yokosuka Line

New Model on the Yurakucho and Fukutoshin Lines