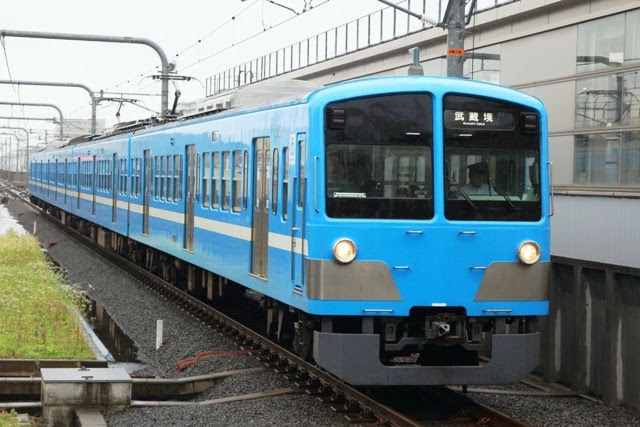 On June 14th, 2018, Seibu launched "Ohmi Railway's Umikaze color" train, 251F of the EMU 101 series. Ohmi Railway is a Seibu Group company in Shiga Prefecture in the western part of Japan. Ohmi recently had its 120th anniversary; meanwhile, the Seibu Tamagawa line had its 100th anniversary, so it is a time to celebrate two Seibu Group companies' anniversaries. What's Umikaze? It is a nickname of Ohmi Railway's train launched in 2013. Ohmi painted Umikaze train with a light blue color, which was adopted from the image of the wind on Lake Biwa near Ohmi Railway.

Incidentally, the EMU Seibu 101 series was launched in 1979. A total of 4 sets, 16 units, have been operated on the Tamagawa Line since 2010. Different from the other Seibu trains, its specification is rather old as DC motors with a rheostatic control system are still used. 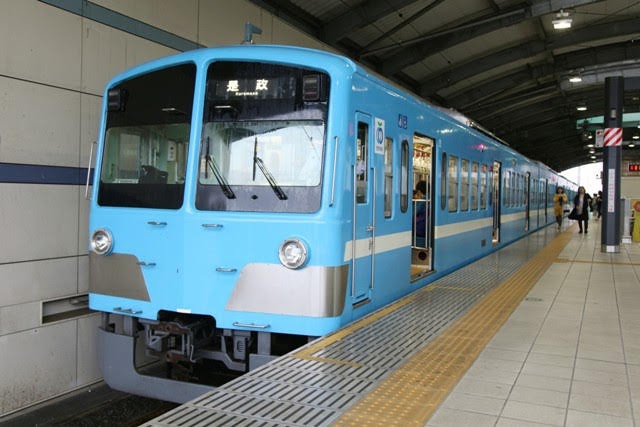 The 08 Series for the 8th Anniverasary 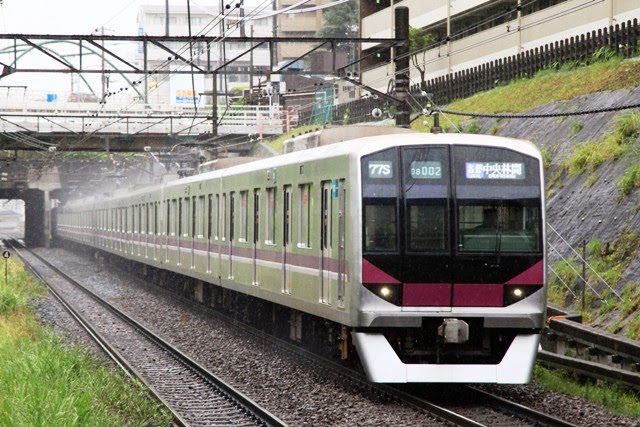 Thank you for visiting my blog, Tokyo Railway Labyrinth. I have been introducing you to labyrinthine railway routes in the Tokyo metropolitan area since 2011. Tokyo Railway Labyrinth had its eighth anniversary. I thank all my blog readers for visiting this website and sending comments. Sorry, I can't respond to you now, as I am very busy at work. Currently, I try to update my blog once every three days, but it is very difficult.

In commemoration of the eighth anniversary, I am going to show you a train with number "8" in the name. The EMU Tokyo Metro 08 series is a representative train on the subway, Hanzomon line. It was launched in 2003 in preparation for direct operation between the Tokyo Metro Hanzomon and the Tobu Isesaki lines. A total of 6 sets, 60 units, were built by Nippon Sharyo. The octagonal black face with a purple stripe is a good accent of this train. For your information, purple is the line color of the Tokyo Metro Hanzomon Line. The greatest feature of the 08 series is its body. It has a double skin structure, which is similar to that of corrugated paper. Thanks to this structure, the body of the 08 series is strong; nevertheless, it doesn't have pillars.

Incidentally, Tokyo Metro recently made a press release announcing that the new model, EMU 18000 series, will be introduced onto the Hanzomon line in 2021. It will replace the old model 8000 series. Time moves quickly. 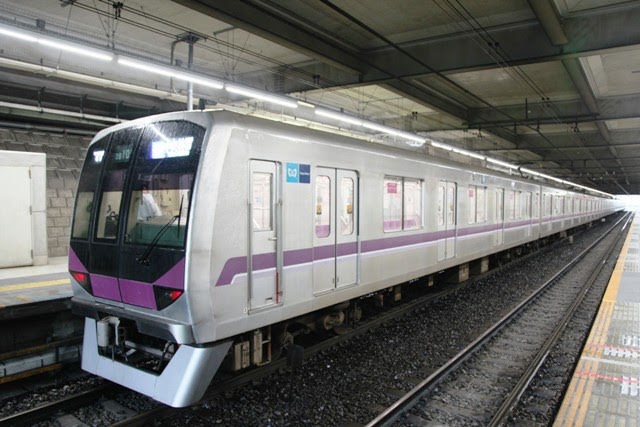 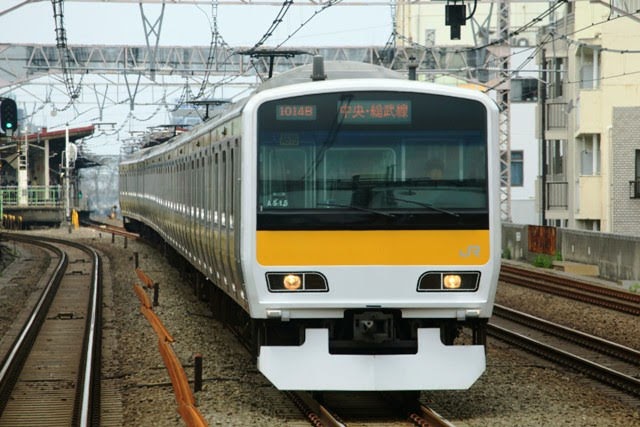 Replacing the EMU 209-500 series, one group of trains has been growing to become a large force on the JR East Sobu line (or the Chuo-Sobu local line). It is the EMU E231-500 series, which has moved from the Yamanote line.

Incidentally, a train on the Yamanote line consists of 11-cars, while that on the Sobu line is composed of 10-cars. Where did the one car go? The gimmick is as follows. One surplus car (Type SaHa E231-4600) was modified and coupled to the new model, the E235 series. The modified car (new name: Type SaHa E235-4600) has rain gutters, which extend out from the outside plate, so you can easily discern it from the new car. 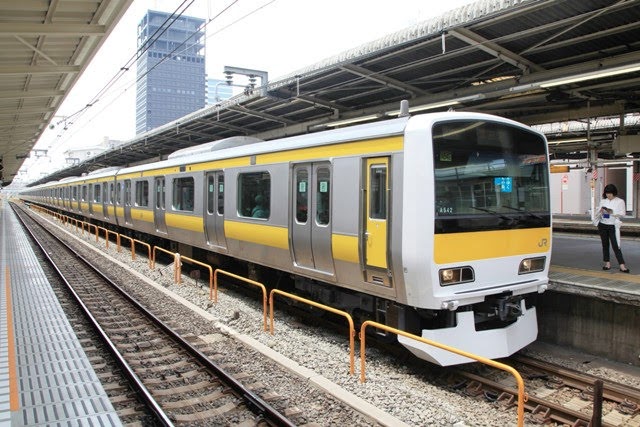 The 100th Anniversary of Izu-Hakone Railway 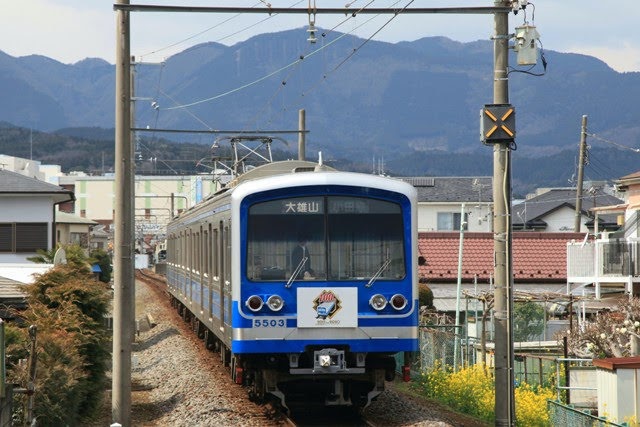 The company has been celebrating "the 100th year anniversary" since 2017. The anniversary events still continue. What a happy company it is! For instance, a train (5003F of the EMU 5000 series) on the Daiyuzan line still displays the 100th anniversary plate on the front. It is OK, no problem at all for rail fans.

Incidentally, the EMU 5000 series is the main fleet on the Daiyuzan line. It was launched in 1984 replacing old models. A total of 7 sets, 21 units were built by Tokyu Sharyo. Only the 1st set (5001F) is steel, while the other 6 sets are stainless-steel. The technical specifications are a bit old. It still has a traditional rheostatic control system. 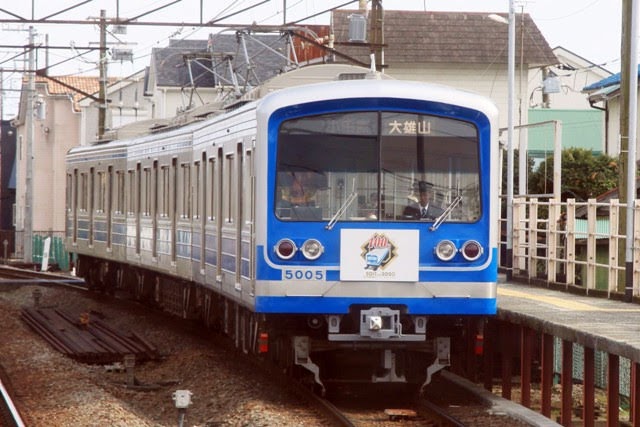 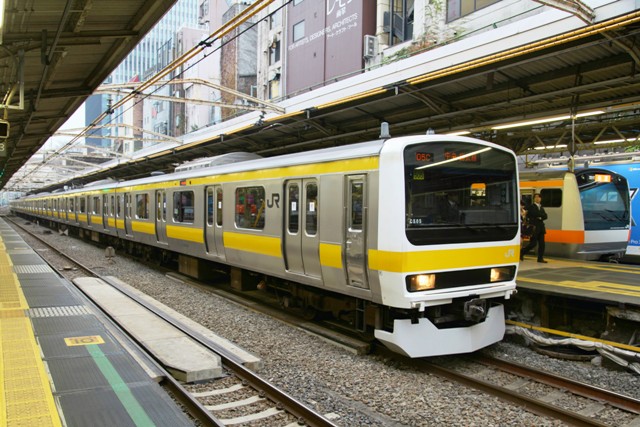 Metropolitans are busy every day. They go to their offices or schools every day taking commuter lines, but they don't realize that the train has undergone changes. On April 19th, one group of the trains quietly disappeared from the track in Tokyo. It was the EMU 209-500 series on the JR East Sobu line.

The volkerwanderung continues for the time being. 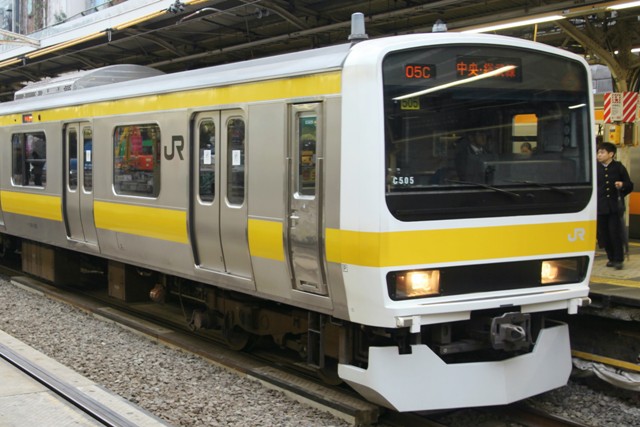 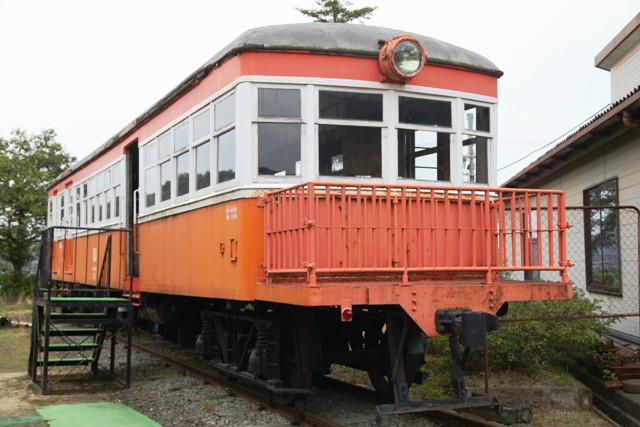 Following the precious steam locomotive, I am going to continue to show you a unique exhibition in Kaya Steam Locomotive Square in Kyoto Prefecture.

KiHaYuNi 51 is an old railcar launched in 1936. It was originally a gasoline-powered vehicle built for Geibi Railway (present JR West Geibi line) in Okayama and Hiroshima prefectures. The manufacturer was Nippon Sharyo. It is 17.05 meters long, 2.72 meters wide, and it weighs 21.5 tons.

The original name was KiHaYuNi 18 of the Class 40900. KiHaYuNi means that it's a railcar, which has an internal combustion engine, and consists of a third-class cabin, a mailroom and a baggage room. It is multi-purpose. After being operated on Geibi Railway, this railcar was moved to Funaki Railway in Yamaguchi Prefecture in 1952. In this period, it was modified from a gasoline-powered vehicle to a diesel railcar, and renamed KiHaNi 51. It was, then, moved again to Kaya Railway in 1962, and modified again to a simple passenger car named KiHa 51. Eventually, KiHa 51 was retired from the track in 1985. In 1994, it was restored to the original state for exhibition, and named KiHaYuNi 51. It is a complicated history, isn't it?

Apart from its function as a multi-purpose railcar, KiHaYuNi 51 has another uniqueness in its appearance. You can see a bucket on the front of the railcar. It was used for transportation of perishable food such as fish and vegetables. KiHaYuNi 51 was a unique railcar for local people's everyday life.

Currently, KiHaYuNi 51 is exhibited at the right hand side of the turntable. 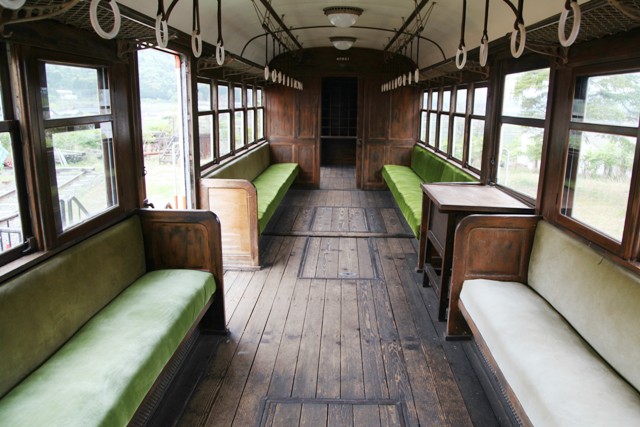 The 130th Anniversary of the Chuo Line 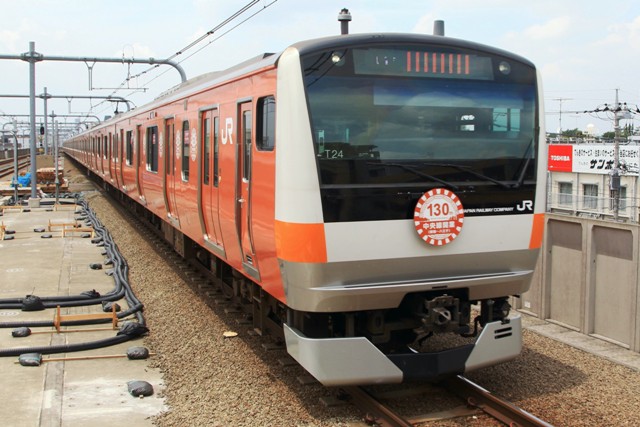 The Chuo line (or the Chuo main line) is one of the Japanese trunk railway routes penetrating steep mountains on Honshu Island (the main land of Japan). Connecting Tokyo and Nagoya, its total length is 396.6 kilometers. The eastern part of the route is a busy commuter line, where 10-car commuter trains are continuously operated.

The origin of the Chuo line was very old. It was initially opened between Shinjuku and Tachikawa stations (27.2 kilometers) by Kobu Railway on April 11th, 1889. So, this year is the 130th anniversary of the Chuo line. JR East Hachioji Branch Office, which is one of the train operators on the line, is conducting various anniversary events. For example, they launched a special poster train, set T27 of the EMU E233 series, on April 6th celebrating the 130th anniversary. Set T27 train has simple orange colored bodies, which are similar with those of a former Chuo line train, namely the EMU 201 series. The 130th anniversary logo, which was designed by the railway employees of Tachikawa station, are also displayed on the bodies of set T27 train.

Along with the poster train, JR East Hachioji Branch Office gives passengers special gifts. For instance, they win products on the Chuo line by lottery. The wines produced near Katsunuma-budokyo station are popular prizes. Rail-fans and kids could enjoy a Chuo line train driving experience using the simulator at Tachikawa station on April 13th.

The Chuo line era is going to continue. 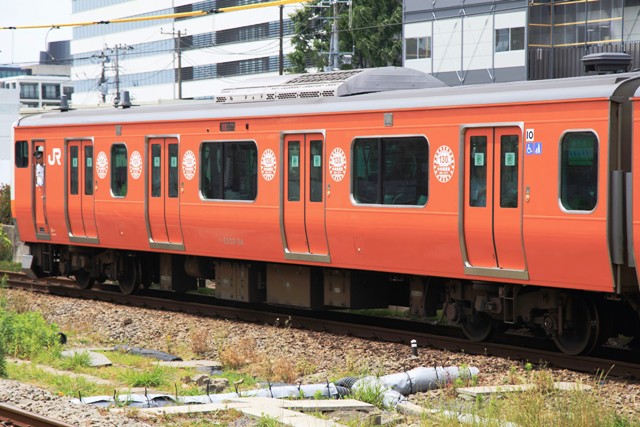