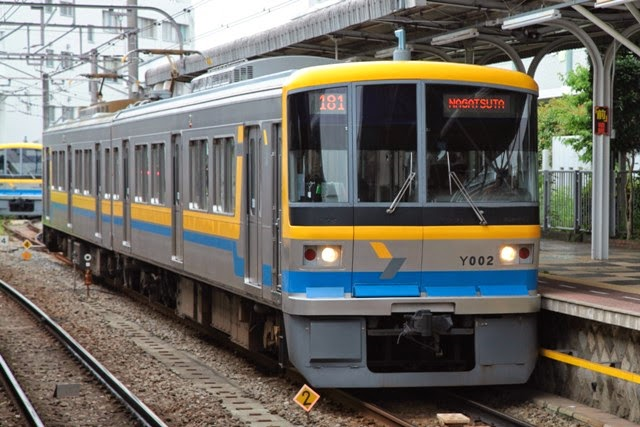 EMU Yokohama Minato Mirai Y000 series arrives at Nagatsuta Terminal
Kodomonokuni (Children's Land) is an amusement park operated by a social welfare corporation, Kodomonokuni Association, in Yokohama City, some 30km west of Tokyo. Construction started in 1959 in celebration of the marriage of the Crown Prince Akihito (reigning emperor), and was completed in 1965. The large site was an ammunitions store area until WWII.

Although Kodomonokuni was a popular spot among urban families, there was a big issue... public transportation to get there. Kodomonokuni Association, then, constructed an access railway, the Kodomonokuni Line in 1967.

The Kodomonokuni Line is a short (3.4km) single track railway connecting Kodomonokuni and Nagatsuta on the Tokyu Denentoshi and JR East Yokohama lines. The electric system is 1,500V DC overhead. Currently, the owner is Yokohama Minato Mirai Railway and the trains are operated by Tokyu Corporation.

The present EMU, Y000 series is the only model on the Kodomonokuni Line. It debuted in 1999 as the fifth generation train on the route. A total of 3 sets, 6 units, have been manufactured by Tokyu Sharyo. To reduce the manufacturing costs, it has a common design and specifications with Tokyu's EMU 3000 series on the Meguro Line.

The blue and yellow stripes on the stainless body are vivid and popular among kids. The train is always crowded with families at the end of each week. It is also crowded on weekdays with boys and girls joining school excursions from elementary and junior high schools in the surrounding areas. 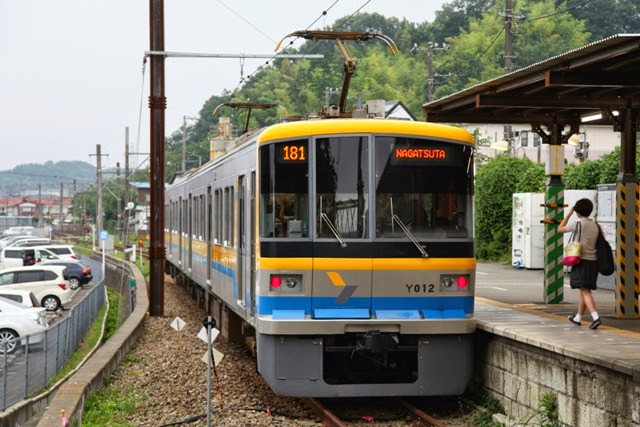