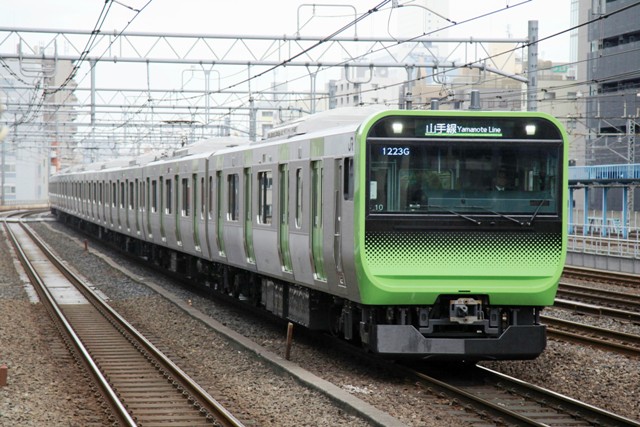 Replacing the E231-500 series, the EMU JR East E235 series has recently become the large force on the Yamanote line.

The Yamanote line is well known as Japan's busiest railway. This line is looped through the downtown area of Tokyo. Its total route length is 34 km. The train covers the entire route in about 60 minutes both clockwise and counter-clockwise. There are 29 stations and most of them are interchange stations to the subway, private railways and/or other JR lines.

The E235 series has an advanced apparatus such as an SIC-element VVVF inverter (variable frequency drive) electric control system. I agree with its innovativeness; however, the outer design of the E235 series is not my cup of tea, to be honest. I call it "a microwave oven" because of its front design. 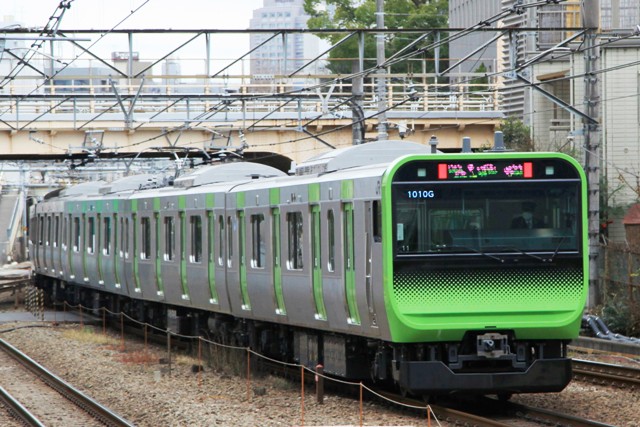