After all the EMU 7000 series trains' retirement in November, 2020, the EMU 8000 series became the elder group of trains on the Sagami Railway (Sotetsu). Today, let me update on how the 8000 series is going.

In the first place, retirement of the 8000 series has started one by one. 4 sets, 40 cars in total, have already disappeared from the track. These 8000 series trains have been replaced by the new models, namely the 12000 and 20000 series. Sotetsu plans to decommission a total of seven sets (set 8701 to 8707) of the 8000 series within a few years. The next generation is already gaining power.

Secondly, the renovation of the 8000 series has started in parallel. Set 8709 became the first renovated 8000 series train. Its body color was changed to "Yokohama navy blue". The position of the front light was moved from the lower to the upper part. The passenger seats were also changed. The trains that the renovation applies to are 6 sets (set 8708 to 8713), which were built after 1994.

For your information, the 8000 series was commissioned in 1990. 13 sets, 130 cars in total, were built by Hitachi from 1990 to 1999. As a rail fan, I like the 8000 series because there are cross seats in the train. Although it's a commuter train, we can enjoy the atmosphere of the holiday tour sitting in the comfortable cross seats. It's a brief refreshing time for busy urban commuters. 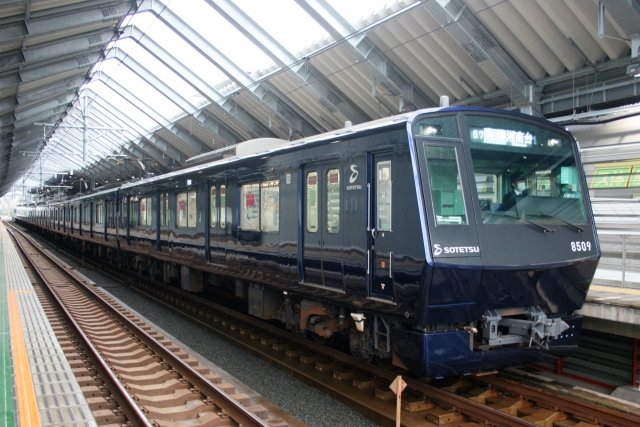 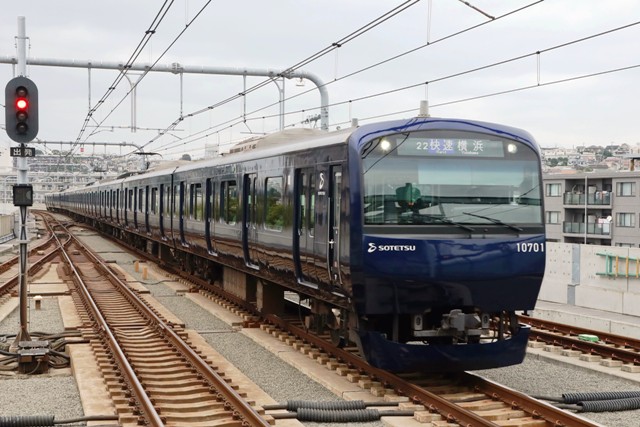 I recently visited Yokohama City, as something came up. After finishing my meeting, I took a detour on my way back home, and enjoyed Sagami Railway (Sotetsu) for a while. It's been one and a half years since I last took the Sotetsu line. What's new with Sotetsu?

I came across a renovated train, set 10701 of the EMU 10000 series. It used to be a silver-colored train with blue and orange-colored stripes, but it has become ultramarine-colored (so-called Yokohama Navy blue-colored). Look closely, I also found that the position of the front lights had been moved from the lower to the upper part of the face following recent trends. In addition, I was surprised that the renovation had been conducted by JR East Nagano factory... not by Sotetsu's factory. It's probably because the 10000 series has the same specifications as those of the JR East E231 series.

This renovation was one of Sotetsu's projects to enhance the "company brand strength". Many railway companies in the Tokyo metropolitan area are in competition to attract passengers. It might be hard to imagine for foreigners, but I expect you understand that the railway network in the metropolitan area is dense, so, it allows the passengers to choose the best route to get to their destination.

For your information, the Sotetsu 10000 series was launched in 2002 to replace old models such as the 6000 series. 8 sets, 70 cars in total, were built by Tokyu Sharyo and JR East Niitsu factory. 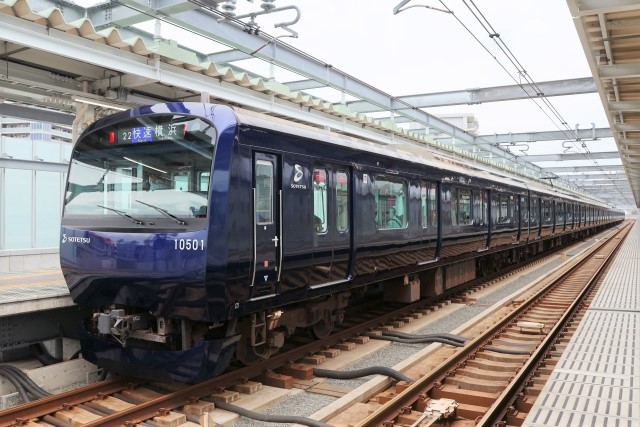 An Old Sluice on the Keikyu Line 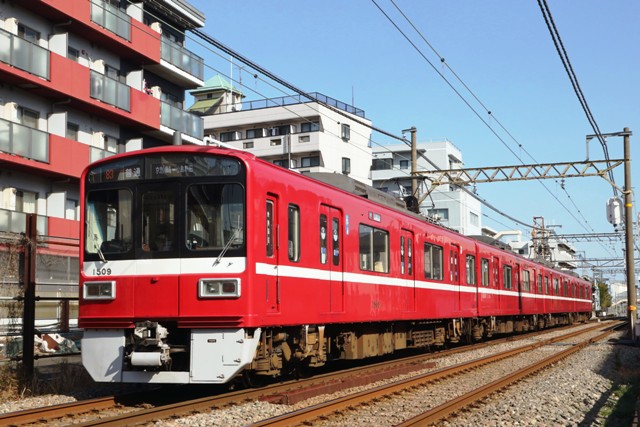 It's late-October already. Time really flies. The maximum daytime temperature is around 20 degrees Celsius... very pleasant season. I went for a walk along to the Keikyu line with the warm autumn sun on my back.

I found an old water gate named Kawasaki-kakoh Sluice located at the Tama River. It was built by the ex-Home Ministry in 1928 based on the canal and harbor project plan drawn up at that time. This gargantuan development project was unfortunately stopped due to WWII, but the sluice was preserved. It's valued architecture, and designated as National Registered Cultural Properties in 1998. We can see eye-catching stone carvings of local fruits such as pears, grapes and peaches on the top. The design of the sluice shows a lot of playfulness and humor.

To get to Kawasaki-kakoh Sluice, the nearest station is Minatocho on the Keikyu-Daishi line. The Daishi line is a short branch line. Connecting Keikyu-Kawasaki and Kojima-shinden stations, the route length is only 4.5 kilometers. The main fleet on the line is a 4-car train, the EMU 1500 series. 166 cars in total were built by Tokyu Sharyo and Kawasaki Heavy Industries from 1985 to 1993. The specifications of the early 5 sets (20 cars) are rather old, as they have steel bodies and DC motors with a field chopper control system. They are the oldest active group of the Keikyu trains, and mainly operated on the Daishi line.

I enjoyed the old sluice and the oldest train on the Keikyu-Daishi line. 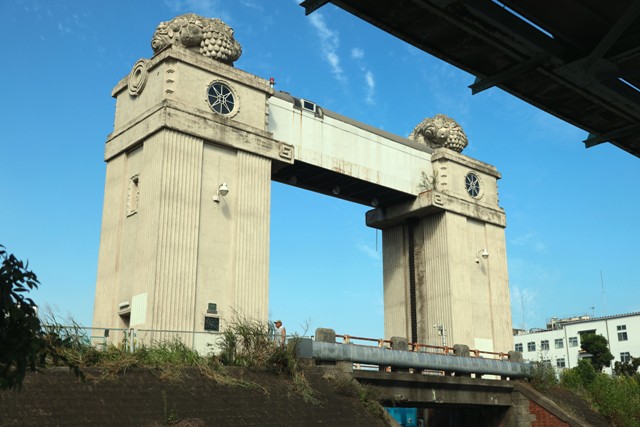 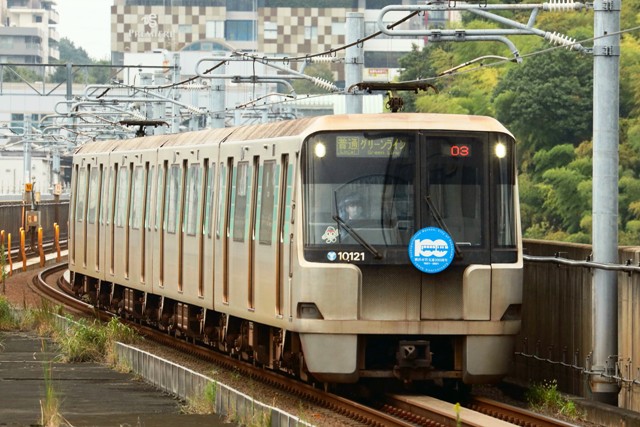 Following the subway Blue line, let me update on how things are going on the subway Green line operated by the Transportation Bureau, City of Yokohama.

Like the Blue line, memorial plates are currently displayed on the Green line trains in commemoration of the 100th anniversary of the Transportation Bureau. A blue-colored rounded plate is seen on the front of the EMU 10000 series train. The 10000 series is the sole model on the line. They are short (15.6 meter-long) sized cars. 68 cars in total were built by Kawasaki Heavy Industries from 2008 to 2014.

The Transportation Bureau plans a long reorganization of the Green line trains due to increasing the number of passengers. One train is composed of four cars at the moment, but it will be a 6-car train in the fiscal year 2022. We can see the extension work of station platforms here and there on the Green line. 60 cars will be additionally built by the fiscal year 2024. The Transportation Bureau is taking action for the next hundred years.

For your information, the Green line is the newest subway route in Yokohama City. It was opened in 2008. Connecting Nakayama on the JR East Yokohama line and Hiyoshi on the Tokyu Toyoko line, its operating length is 13.1 kilometers. The electric system is 1,500 V DC overhead. The gauge size is 1,435 millimeters. Linear motor technology is adopted for the train driving system. You can see a special box, a "reaction plate," between the rails. 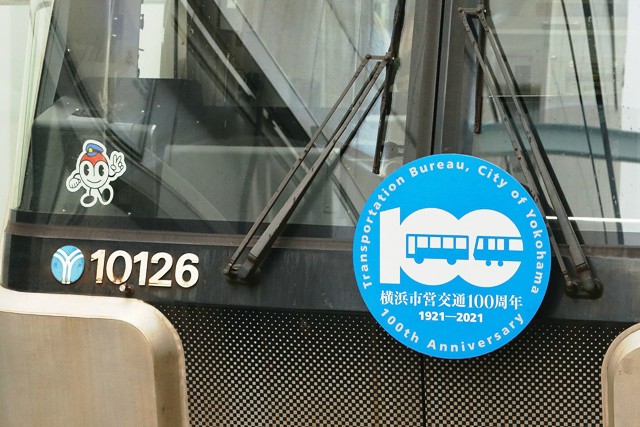 The 100th anniversary plate is displayed on the front of the EMU 10000 series
Official information about the rollingstock of the Transportation Bureau, City of Yokohama (in Japanese):
https://www.city.yokohama.lg.jp/kotsu/tanoshimou/otanoshimi/sharyosyoukai.html
Labels: SME

The 100th Anniversary of the Transportation Bureau 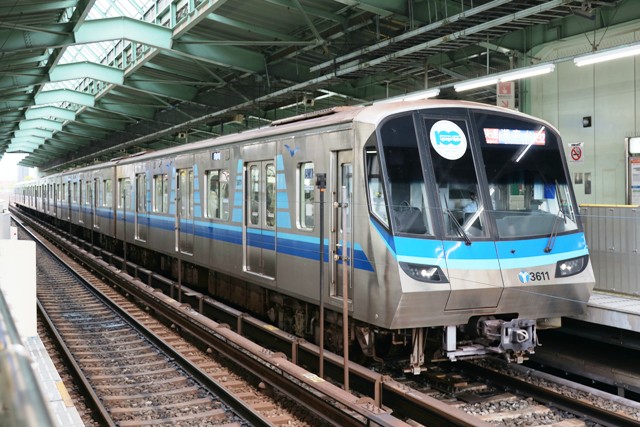 EMU 3000V series stands at Nakanodai station on the subway Blue line
On April 1st, 2021, the Transportation Bureau, City of Yokohama marked its 100th anniversary of public transportation. The Transportation Bureau began its tram operation in April, 1921 taking over the tram network from a private company. It, then, commenced public bus services in 1928. The tram lines were unfortunately abolished in April 1972 due to heavy traffic congestion, but the Transportation Bureau opened the first subway route named the Blue line in December, 1972.
In commemoration of the 100th anniversary, memorial stickers are displayed on the subway trains. For instance, a large rounded memorial sticker is seen on the front of the EMU 3000V series on the Blue line. The 3000V series is the latest model on the line. It was launched in 2017 to replace an old model, the 3000A series. Currently, only one set of the 6-car train is operated, but the Transportation Bureau plans to introduce six more sets by the fiscal year 2023. The 3000V series has similar technical specifications with those of previous models, but it has new equipment named the PQ monitoring bogie. This bogie has special sensors to measure axle load (P) and horizontal pressure (Q). The PQ data is used for evaluating derailment risk.
For your information, Yokohama is situated some 20 kilometers southwest of Tokyo. It has been developed as Tokyo's outport since the 19th century. This mega-city currently has a population of 3.7 million, which is the 2nd largest in Japan.
To be continued... 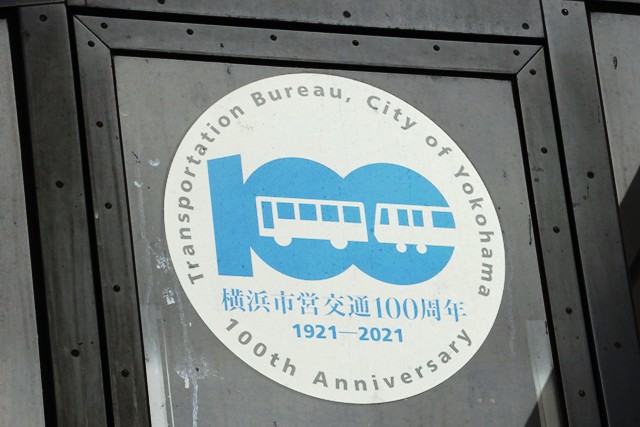 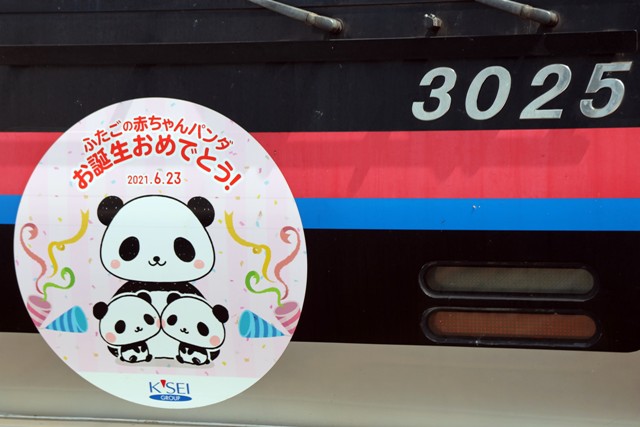 On June 23rd, the Tokyo Metropolitan Government announced that a giant panda, named Shin-shin, gave birth to twins at Ueno Zoo. One is male and the other is female. It was the first time that giant panda twins had been born there. The zoo has been soliciting names for the new-born pandas from the public. Their names will be announced in the middle of October. I anticipate that the giant panda twins will be introduced to the public next year.

To celebrate the twin giant pandas born, Keisei Electric Railway displayed a special plate on the front of their train, set 3025 of the EMU 3000 series, from June 28th to August 31st. Set 3025 is a 6-car train built by Tokyu Sharyo in 2008. As you know, the nearest railway station to Ueno Zoo is Keisei-Ueno on the Keisei line. The purpose of the special plate is to promote tourism to Ueno Zoo.

Four your information, the 3000 series is Keisei's standard commuter train, which was launched in 2002. Forty-eight sets (326 cars) were built by Tokyu Sharyo (present J-TREC) and Nippon Sharyo between 2002 and 2019. The 3000 series has an IGBT-VVVF (Insulated Gate Bipolar Transistor - variable frequency drive) inverter electric control system with 125 kW induction motors. The EMU Shinkensei-N800 series, Hokuso 7500 series, and Chiba New Town Railway 9200 series have the same technical specifications as the Keisei 3000 series. 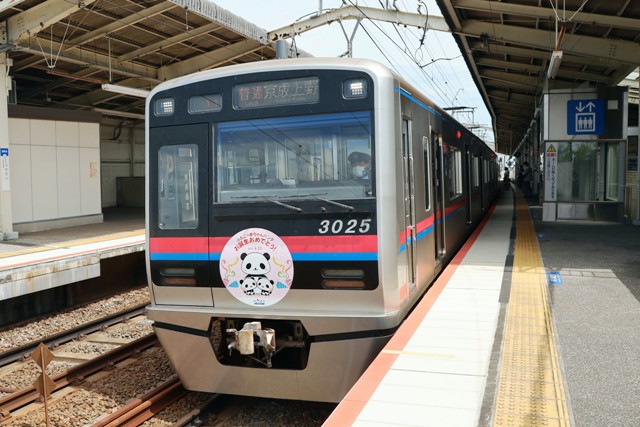