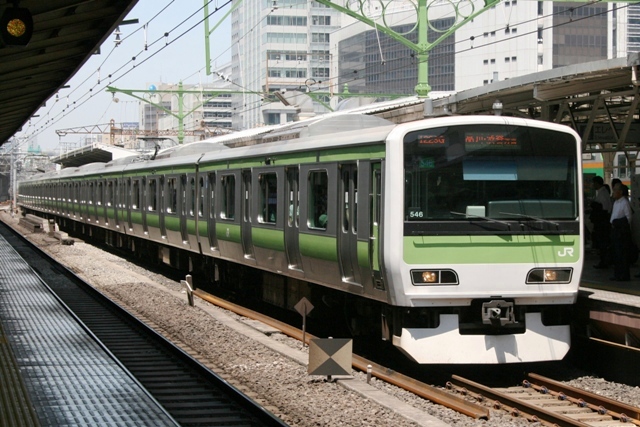 
As I introduced in my last article (see the blog of June 22nd, 2011), the Yamanote Line is well known as Japan’s most crowded railway. The train runs every 2.5 minutes in the morning, every 4 minutes in the daytime and every 3 minutes in the evening of weekdays. Meanwhile, it operates every 3 minutes on Saturday, Sunday and national holydays. The train, whose name is EMU JR East 231-500 series, is composed of 11 cars (6M5T). The track gauge is 1067mm and the electric system is 1500V DC overhead.

This busy line is looped through several down town areas of Tokyo, such as Shinjuku, Shibuya, Ikebukuro and Shinagawa. Its total length is 34 km and all the trains run in the same direction throughout the day; clockwise or counterclockwise. The train covers the entire route in about 60 minutes. There are 29 stations and most of them are interchange stations to the subway, private railways and/or other JR lines.

The Yamanote Line … it might be a modern castellated wall, which separates the center and the suburbs of Tokyo City. 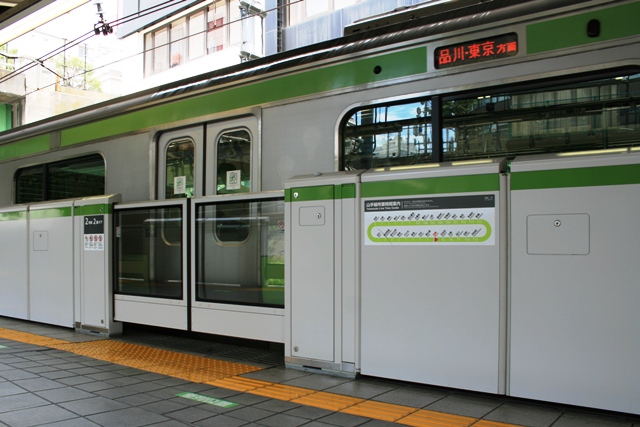