Fun at Work, a View of Tokyo Central Station 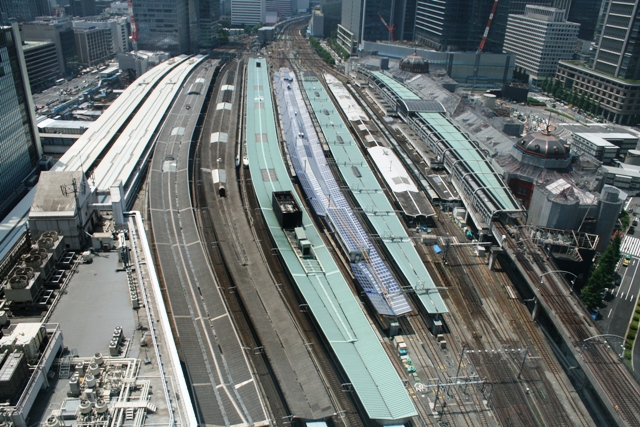 A view of Tokyo Station

﻿I returned to Tokyo after 4 years’ service in Indonesia. My new office is located on the 21st floor of the building, next to Tokyo Station.

Look at the top photo. It’s a view of Tokyo Station from my office. Rails, platforms and landscape look like a diorama (model railway) at the Railway Museum. I can see continuous arriving and leaving trains from the window beside my desk. What an excellent view it is! I cannot expect to concentrate on my work under such circumstances.

Joking aside, look at the bottom photo next. It’s a zooming of tracks number 1 to 4, which are used by commuter services of JR East. You can see typical commuter trains in Tokyo. The light green striped train, leaving from the surface track number 4, is EMU JR East E231-500 series on the Yamanote Line, which is well known as the most crowded commuter train in Japan. Meanwhile, the orange striped train, leaving from the elevated track number 2, is E233 series on the Chuo Rapid Line, which is the second crowded one.

I can see famous commuter trains from my office every day … it’s fun at work, isn’t it? 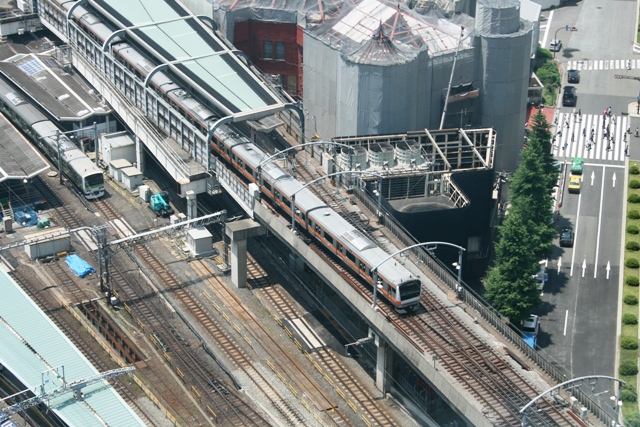