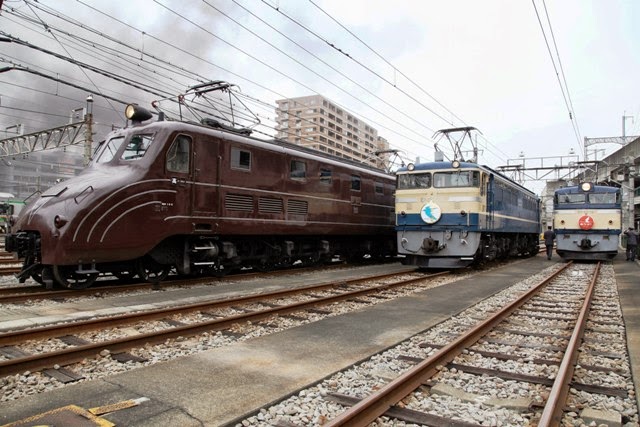 The Takasaki Regional Office of JR East held a unique railway event in the station yard yesterday. It was "Takasaki Tetsudo Fureai Day (Takasaki Railway Communication Day)" to exhibit their precious locomotives, and was open to the public. There were two SLs, three ELs and one diesel locomotive. The other rolling stock, such as classic passenger coaches and maintenance vehicles, were also displayed.

My favorite exhibit was a brown-colored, direct curent system EL, type EF55 (see the top photo). It was a streamlined locomotive that debuted in 1936. A total of three units were manufactured by Hitachi, Nippon Sharyo-Toyo Denki and Kawasaki Heavy Industries. Currently, unit number 1, namely EF55 1 is only preserved in working conditions in Takasaki Rail Yard.

I saw plenty of rail fans, families and couples, flocking to the site. The visitors could also enjoy shopping, such as delicious lunch boxes and cakes, using local foodstuff. The event was indeed a great success. Specifically, all railway employees were very friendly and kind. I am truly grateful to JR East Takasaki Regional Office to have held this special event. I look forward to going there within the next year. 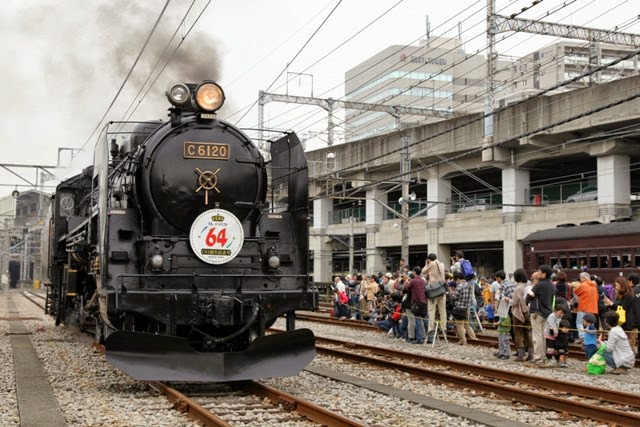