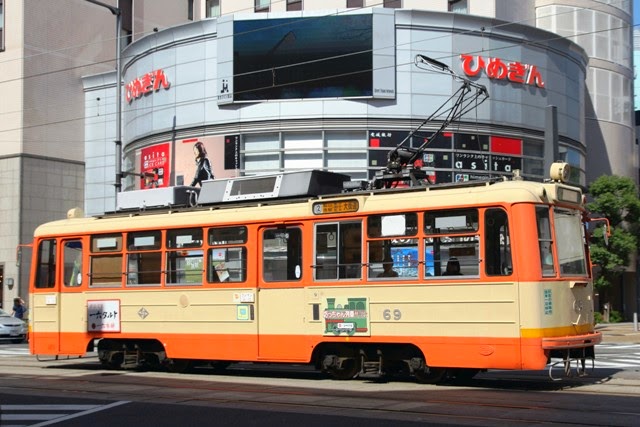 Electric car, type MoHa 50 (2nd batch) leaves Ookaido Stop on the Shinai Line, Iyo Railway
Matsuyama is the largest city in Shikoku Island. The population now stands at 0.52 million. It is a busy city as the administrative and the industrial center of Ehime Prefecture, but Matsuyama also has an important sightseeing spot in the downtown area.

Look at the following photo. It is the main building of Dogo hot spring. Dogo is Japan's oldest hot spring which opened about 3,000 years ago, judging from unearthed articles. As a written record, there is an ancient text, in which Prince Shotoku took a bath in Dogo Hot Spring in 596. The current main building was reconstructed in 1894, and was designated as a cultural asset of national importance in 1994. As you may know, this building is a model of "Aburaya" in Spirited Away, which is the famous Japanese animated fantasy film.

Getting on an urban street car and visiting the old hot spring... it is a unique attraction in Matsuyama City. 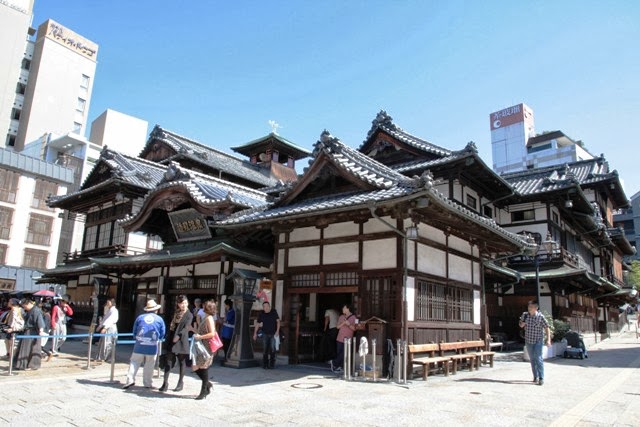