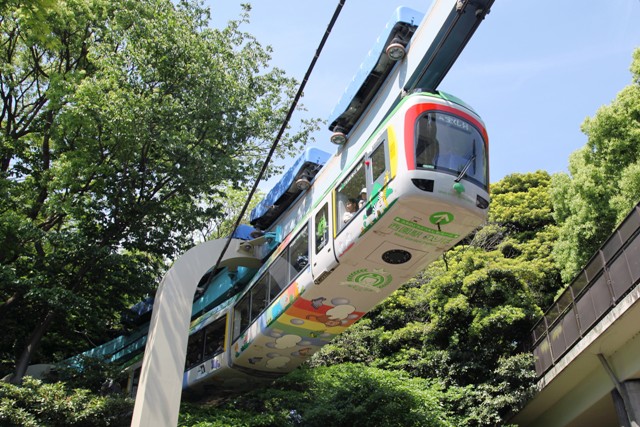 
Ueno Zoo is Japan's oldest zoo, which was opened in 1882. It is located near Ueno Station in the northern part of downtown Tokyo. Many modern zoos have been opened over the subsequent 130 years in the Tokyo metropolitan area, but Ueno Zoo's popularity still seems to be very high.

There is a small monorail line in Ueno Zoo. Connecting the East and West gardens, the total length is only 300m. A lovely 2-car train is operated every 7 minutes (see the photos). It is the Ueno Zoo Line, which is operated by the Tokyo Metropolitan Government (Toei). Although it looks like a fun ride like in an amusement park, it is official public transportation, based on the Railway Business Act.

The Ueno Zoo Line is the oldest monorail in Japan. It was opened in 1957. One of the reasons to construct the monorail there was research for future mass urban transportation means. Learning from Wuppertaler Schwebebahn in Germany, it was constructed as an experimental suspension monorail line. The present vehicle is 4th generation, which is called Type 40. It was launched in 2001, replacing the 3rd generation train, Type 30. The latest technologies such as a VVVF inverter control system and inverter air conditioners are on-board.

I still remember that I rode the first generation train on the Ueno Zoo Line, when I visited there with my classmates on an elementary school trip. Ueno Zoo varies across the ages, but the monorail still carries the cheers of children. 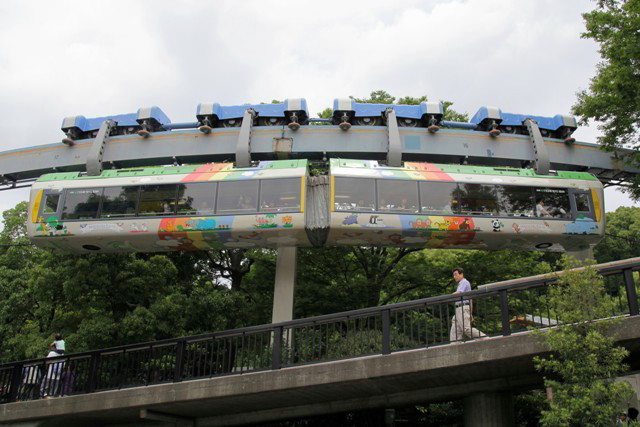