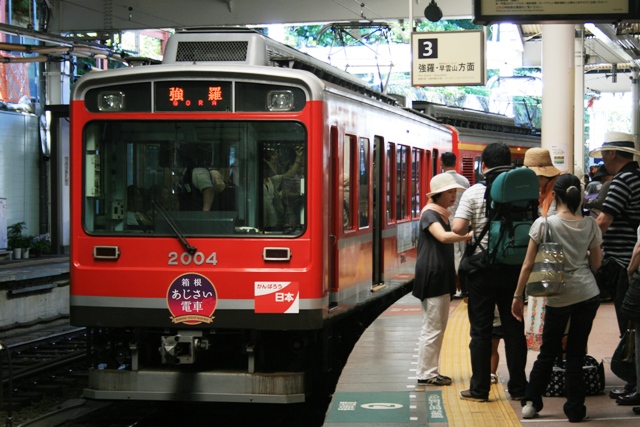 According to the Japan Meteorological Agency, this year's rainy season ended on July 9th in the Tokyo metropolitan area, which means that midsummer began. Yesterday's high was 33.6 degrees Celsius in Tokyo. So, the only thing I can do is escape the city at the weekend and go to Hakone!

Hakone is a famous mountain resort in the western suburbs of Tokyo. By taking a commuter train, a mountain railway, a cable car and a ropeway, we can reach a beautiful and cool highland easily from downtowns of Tokyo.

A dependable transporter that climbs up the mountain is the Hakone Tozan Railway, which connects Odawara and Gora stations (15km). This railway was partially opened as Odawara Horse Tramway in 1888. After electrification in 1900, the entire portion of the route was opened in 1919. It is said that engineers at that time learnt advanced technology from the Rhaetian Railway in Switzerland. So, these two companies have established a sister railway relationship.

It’s a lot of hard work to climb up Hakone Mountain, specifically between Hakone-yumoto and Gora stations. The difference of elevation is nearly 500m and its maximum grade is 80 per-mils, which is the second steepest railway in the world. EMU 2000 series trains, which were launched in 2001, climb the route powerfully.

3 hours after leaving home, I reached Owaku-dani (1050m), a volcanic highland paradise on Hakone Mountain. It was a bright and clear day so I could see the beautiful Mt. Fuji (3776m) from there. 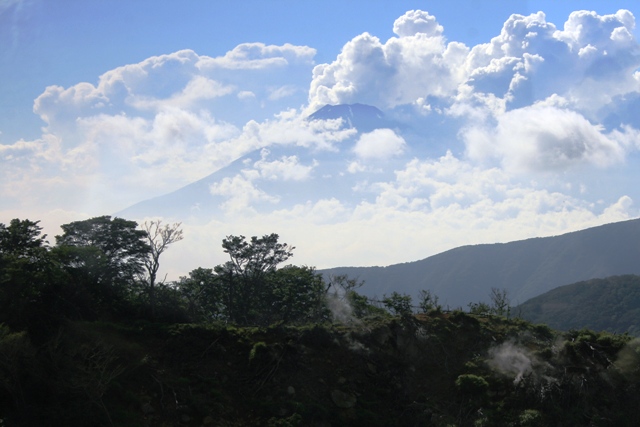