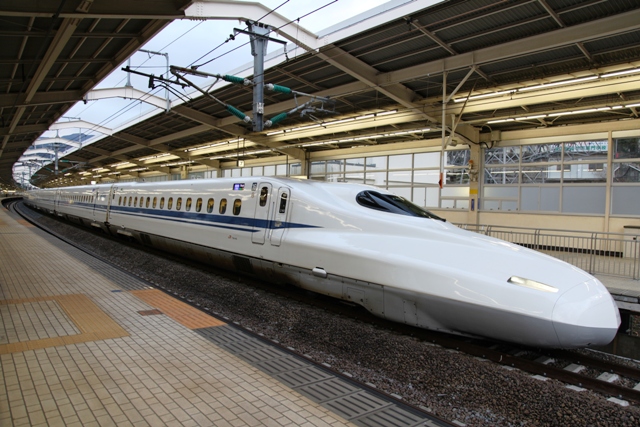 Replacing the 300 series (see my blog on February 19th), the EMU Shinkansen N700 series has recently become the biggest force on the Tokaido and Sanyo Shinkansen.

In the early stages of introducing the N700 series, they were used for Nozomi (Desire), the fastest trains stopping only at major stations, such as Nagoya and Kyoto. But, currently, the N700 series is used for all types of Shinkansen.

Look at the top photo. It is at Atami Station, located 100km west of Tokyo on the Tokaido Shinkansen. Previously, all of the N700 series trains, Nozomi and Hikari (Light), passed through this local station; however, recently, some of the N700 series, such as Kodama (Echo), have started to stop there.

The 300 series will retire soon, meanwhile the N700 series will emerge onto center stage. We cannot resist the tide of railway history. 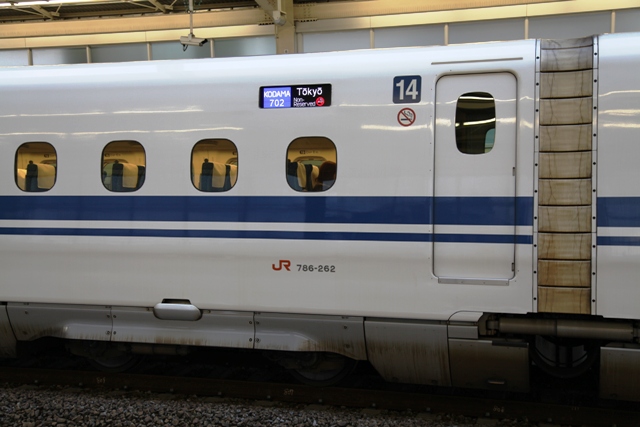