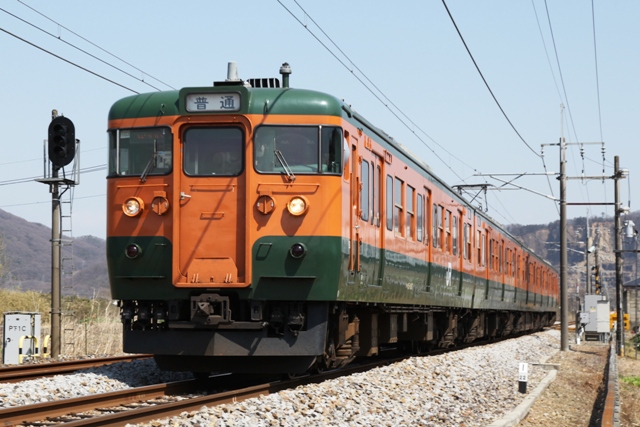 Katakuri (Japanese Dogtooth Violet) is one of my favorite plants. It produces lovely pale purple blossoms in the forest in late March to early April. It heralds the arrival of spring.

Sano City, which is located 70km north of Tokyo, is famous for its beautiful natural masses of Katakuri. It was found in the early 1980s and has been carefully-protected and fostered by local people. Today, it is grown to the largest masses in the Tokyo metropolitan area, and the area is called Katakuri Village (see the bottom photo). Many holidaymakers visit there in the blooming season to celebrate the coming of spring.

I visited Katakuri Village last weekend. Taking the JR East Ryomo Line, which connects Oyama in Tochigi and Shin-Maebashi in Gunma prefectures, it took around two hours from downtown Tokyo. The nearest station is Iwafune.

You can see the "Shonan color" trains, EMU 115 series, on the Ryomo Line. The Shonan color train has a two-tone orange and green painted body. This coloring has its roots in the Shonan (the Tokaido Line) train from 1950. At its peak, thousands of EMUs were painted with the Shonan colors on the JNR (Japanese National Railways) lines. But, after the breakup and privatization of JNR, Shonan color trains have been decreasing. Currently, they are almost an "endangered species" throughout Japan. 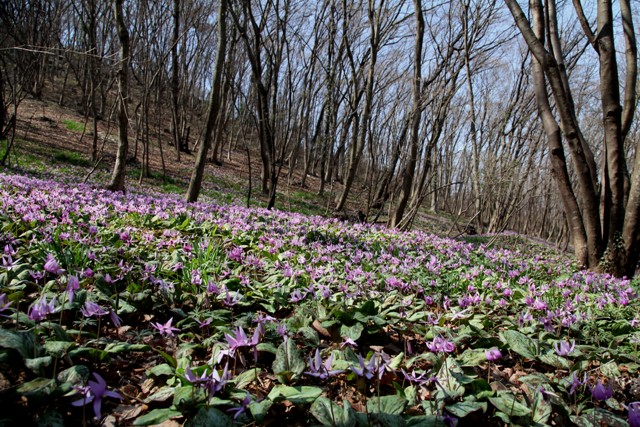