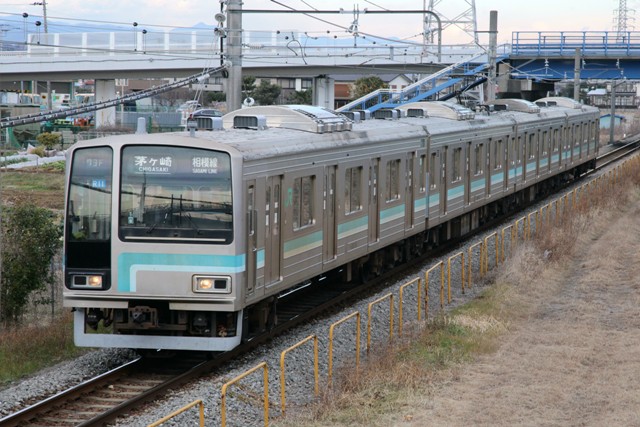 The Sagami Line penetrates Kanagawa Prefecture from south to north. Starting from Chigasaki, a Pacific city to Hashimoto, an interior transportation key junction, the total operating length is 33.3km. The entire route is electrified but single track.

When I was a kid, I sometimes took this route, as my grandparents lived in Chigasaki City. They often took me to Samukawa Shrine to make a New Year's visit taking the Sagami Line. To be honest, I had a negative impression of the Sagami Line, because the trains, which were rail motor cars, Type KiHa 17, 20, 30 and so on, ran rather slowly, and the interior of the trains was dark.

The situation drastically changed when the Sagami Line was electrified in 1991. All rail motor cars left the Sagami Line, and new EMUs, 205-500 series were launched (see the photos). The new EMUs ran fast, and had a brighter interior. It was the time of change from a local to an urban commuter route for the Sagami Line.

Today, a 4-car train of the EMU 205-500 series is operated every 20 minutes during the daytime. Although, local residents hope for a double track, it has not yet been realized due to a lack of budget. I wish that further modernization of the Sagami Line will be realized soon. 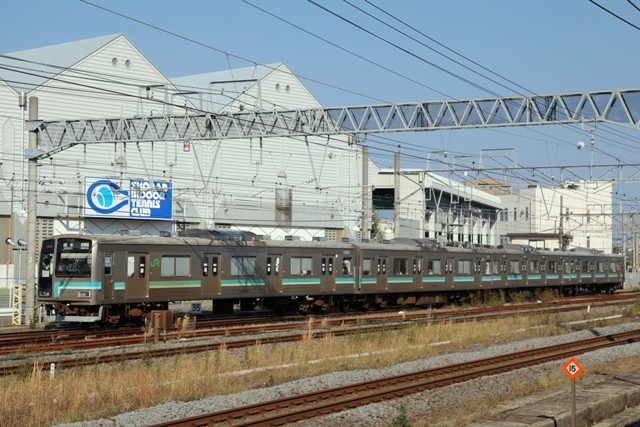