Train Pictures on the Yurakucho Line 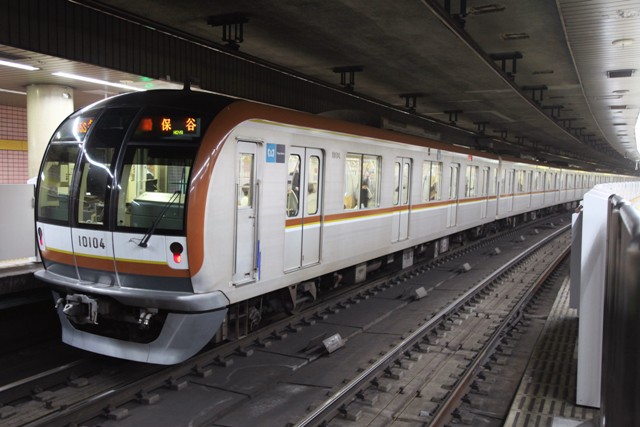 
It is a matter of supreme indifference to ordinary passengers; but, subway trains are annoying for rail photo lovers.

One of the problems is its dark environment on the railway track. Some rail fans shoot subway trains only on the surface tracks during the daytime instead of on underground tracks; but, such "subway" tracks are limited in Tokyo (see my blog on July 15th, 2011). Even if we can take the train photographs on the surface, it is a "not-subway-like photo", anyway.

I recommend you shoot a subway train, which stands at an underground station, using a slow shutter speed with your camera. As you may know, shooting with the flash on is prohibited, because it will distract a train driver from his/her safe operation.

But you still have obstacles, which are pillars between your position and the subway train. You have to carefully choose a station without pillars between the two tracks.

For instance, Shintomicho on the Tokyo Metro Yurakucho Line is an idealized spot (see the photos). You must be able to shoot the whole train....oh no! Platform doors are hampering the photo. 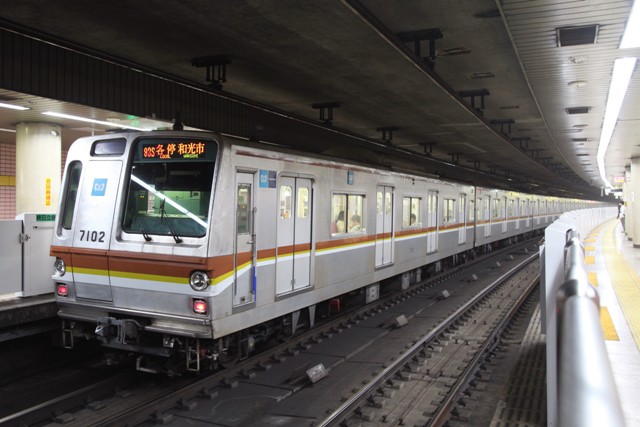