The Ozashiki 485 "Hana", Flower of Train 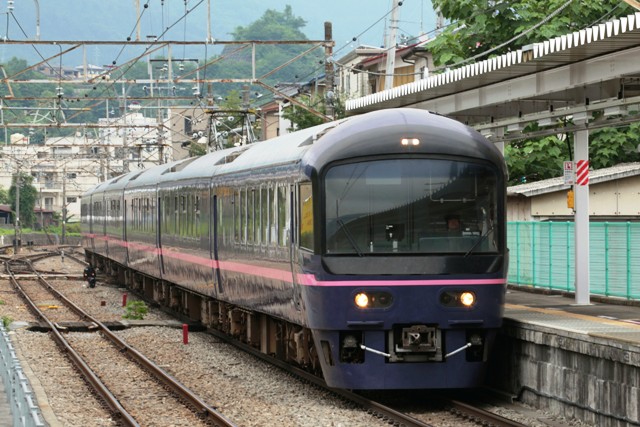 EMU JR East 485 series "Hana" arrives at Otsuki Station on the Chuo Line
Along with Utage and Yuu , "Hana" is another ozashiki train in the Tokyo metropolitan area. Hana means flower in Japanese; but it also has the meaning of beauty, gaiety or cheerfulness. According to JR East, the development concept of this train is "a train to provide passengers with a space to soften hearts and to have fun."

The interior of Hana is arranged as a Japanese-type living room. Namely, the floor is straw-matted with Japanese-style low tables so that the passengers are relaxed taking off their shoes as if they are at home. In addition, special spaces such as viewing saloons and meeting rooms are equipped.

The formal name of Hana is the set G6+G7 of the EMU 485 series, which belongs to JR East's Oyama Rail Yard. It is an AC-DC (Alternate Current - Direct Current) dual system train, which is composed of 6 cars. Hana was commissioned in 1997 to replace an old ozashiki train "Nagoyaka (harmonious)". Nagoyaka was a passenger coach train pulled by a locomotive. It was inconvenient to operate when the locomotive was required to change by switchback at the terminal station. Hence, Hana was manufactured as an EMU.

Typically, Hana is used for group tours. Most of the passengers are friends, families, and groups from work. Unfortunately, I have never had an opportunity to get on this train; but someday I want to. 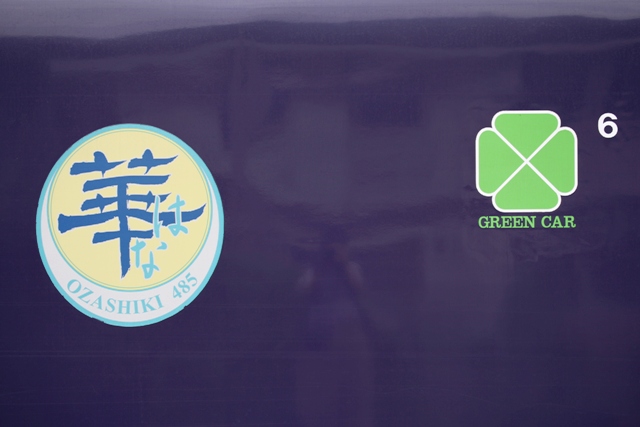