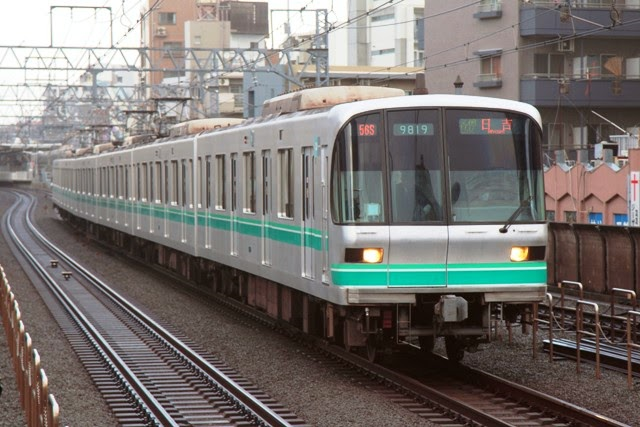 EMU Tokyo Metro 9000 series
Rikugien is a famous Sakura (cherry) viewing spot in Tokyo. It was constructed between 1695 and 1702 by Yanagisawa Yoshiyasu, a samurai in the Tokugawa Shogunate. This traditional Japanese garden is composed of a small pond, trees, and a hill. Currently, it is owned by the Tokyo Metropolitan Government and is designated as a special place of scenic beauty by the central government.

My favorite tree in the garden is a Shidare Sakura (weeping cherry). It is an early blooming Sakura, previous to the standard ones. Its glamorous looks always rule my fantasies. Specifically, night viewing of illuminated blossoms is very attractive. I saw many people, who were enjoying this full-blown Shidare Sakura standing in a circle around the tree. It was difficult to secure my position to take pictures.

To get to this gorgeous spot, take the Tokyo Metro Namboku Line and get off at Komagome Station. Penetrating from south to north in Tokyo, the Namboku Line connects Meguro and Akabane-Iwabuchi (21.3km). The trains are directly operated into the Tokyu-Meguro and the Saitama Railway lines. The EMU Tokyo Metro 9000 series is the major fleet on the line.

The 9000 series is annoying for rail photo lovers. The problem is its dark environment on the subway track as well as automatic platform gates on the platform. To take photos of this train, we have to go all the way to the Tokyu-Meguro Line, which was constructed above ground. 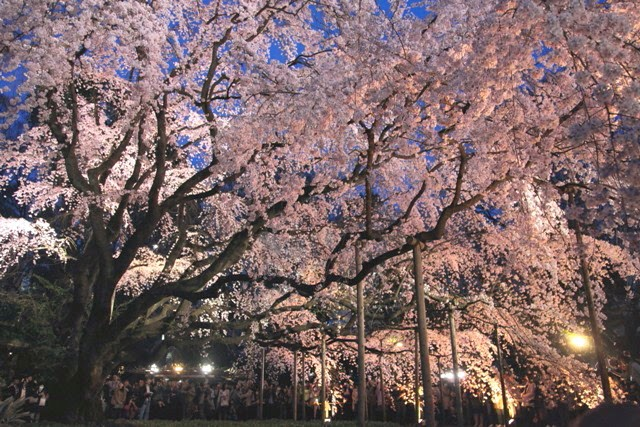