Visit to the Lagoon City by "Max Toki" 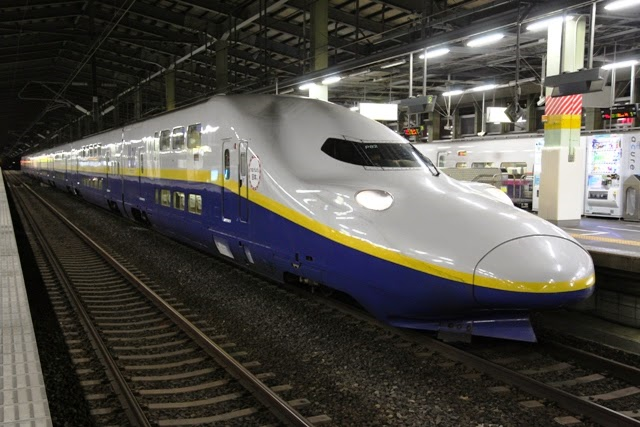 EMU JR East E4 series stands at Niigata Station on the Joetsu Shinkansen
I had an opportunity to visit Niigata City recently. It is located about 340km north of Tokyo, and is the main city of Niigata Prefecture. Niigata has grown as the largest city on the Sea of Japan side of the archipelago since the 16th century. It was a lagoonal area before the development.

After my assignment, I took pictures of some trains at Niigata Station on the way back home. I could see many kinds of trains there, as trains from four different routes on the JR East lines come to this station. They are Joetsu Shinkansen, the Shinetsu Main Line, the Hakushin Line and the Echigo Line trains.

Joetsu Shinkansen is the main transportation artery between Niigata and the Tokyo metropolitan area. Niigata functions as the northernmost terminal of the route. Super-express trains are operated every 15 to 30 minutes for Tokyo. The EMU E4, duplex train "Max-Toki", is one of the main fleets on the track. Although its speed is limited to a maximum of 240km/hour, up to 1,634 seats are available, if two sets of trains are connected. According to some media, the E4 series will be retired within two years, as its maximum speed is insufficient. I have a real concern about the E4 series' future.

In Niigata City, I visited Toki Messe on the Shinano River bank. It is a large convention center with a hotel and a shopping mall. I could also enjoy strolling on the riverbank under the early summer sunshine. 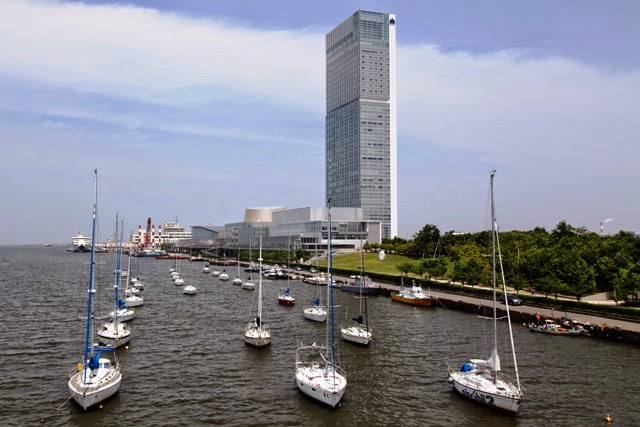