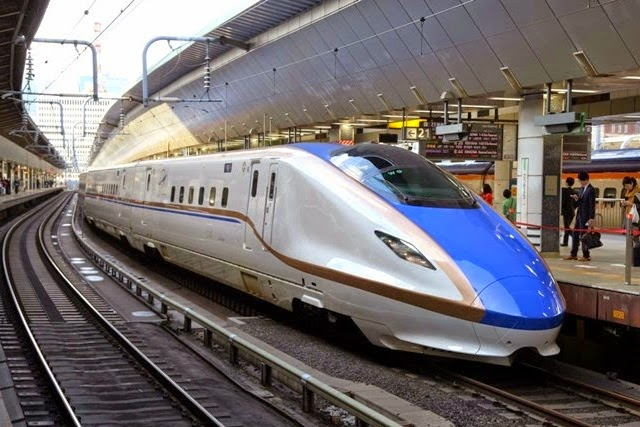 On March 14th, a new shinkansen line was inaugurated between Nagano and Kanazawa. It has cut the travel time between Tokyo and Kanazawa from 4 hours 20 minutes to 2 hours 28 minutes.

The new route, Hokuriku Shinkansen, attains a length of 228 km. The most distinctive feature of this line is a trans-mountain route penetrating steep mountainous areas such as Echigo Mountains. It is a bridge-tunnel railway, which connects cities located on the Pacific Ocean and the Sea of Japan.

The main fleet of the Hokuriku Shinkansen is the EMU JR East E7 and the JR West W7 series. They are 25,000 V AC trains with a 50Hz/60Hz dual frequency system. The E7 series was launched in 2014 as a Nagano Shinkansen train; meanwhile, the W7 series newly debuted at the timing of inauguration of the Hokuriku Shinkansen. The specifications of the E7 and the W7 series are mostly the same. The maximum speed is only 260 km/hour, but they can climb up the Usui Pass (a steep incline of 30 per mil) at a speed of 210 km/hour. A total of 27 sets, 324 units, has been manufactured so far.

The fastest train stopping at only major stations is named as Kagayaki (brightness). The other trains are Hakutaka (white halk), Tsurugi and Asama (famous mountains on the line). All trains have Gran and Green Class cars. Construction work is going on to extend the line to Fukui and Tsuruga, which is expected to open around 2020. 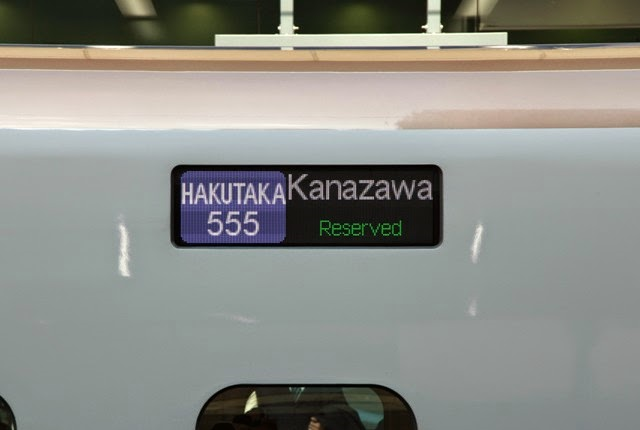