New Attraction on the Dead Track 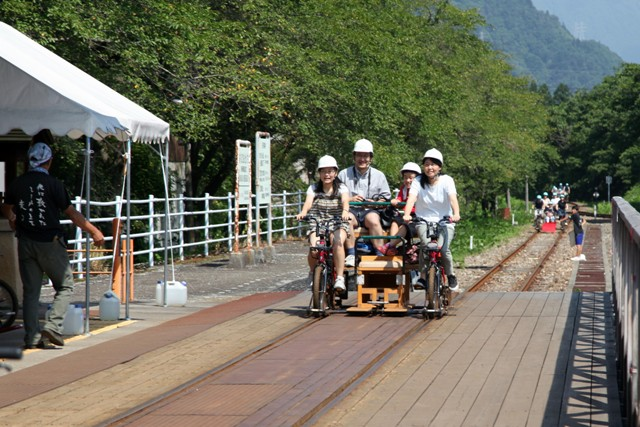 Kamioka has been developed as a mining town in Gifu Prefecture about 440 km northwest of Tokyo. Zinc and lead deposits of the Kamioka Mine were found in 720. More than 27,000 people lived in this mountainous town at its peak from the late 1950s to the early 1960s. A railway, namely the Kamioka Line of Kamioka Railway, was opened in 1930 to transport people and ore.

Life has its ups and downs. The same applied to cities and towns. In 2001, Kamioka Mine was closed due to depletion. The population of the town had rapidly decreased. In 2009, the Kamioka Line was also abolished due to a decrease of passengers. Kamioka Town obviously declined in prosperity. Could they save the town from its difficulties?

Yes, they could. They have begun a new attraction using the dead track of the Kamioka Line. Its name is "Rail Mountain Bike, Gattan-Go". Local people built special bicycles for running on the ex-railway track. The bicycles are for couples and for families including their pet animals. This new business has become a great success. Today, Gattan-Go is one of the most popular attractions in Gifu Prefecture. Good has come out of evil. I also enjoyed this attraction with my family this summer. Being blown by a breeze, we felt refreshed. Passing along several bridges, through dark tunnels and ex-stations, we enjoyed a total route length of 5.8 km.

Rail Mountain Bike, Gattan-Go, is a unique sightseeing attraction, which has saved the declining town. 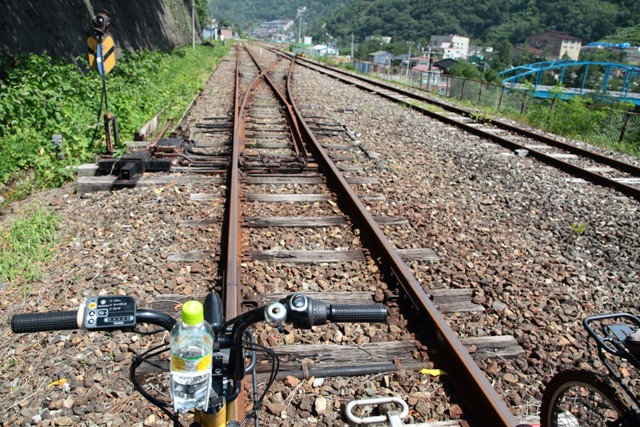