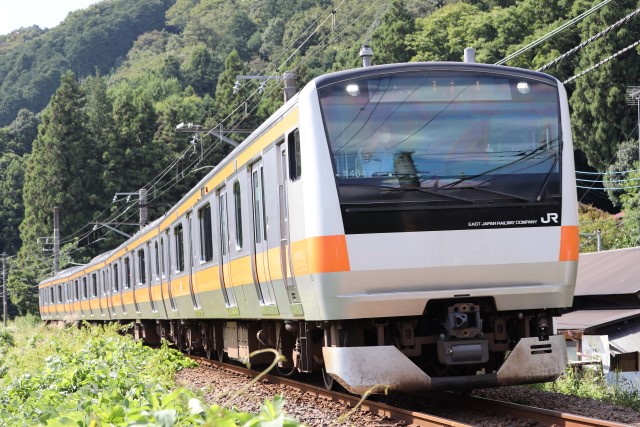 It was very hot this summer. I visited a cool mountain in Yamanashi Prefecture last month to evacuate from the urban heat island. Other than that, I stayed in Tokyo, and sometimes visited indoor air-conditioned places such as railway museums. Oh, that reminds me. I once visited an ultimate summer retreat. It wasn't far from the city center, not air-conditioned, and not high altitude. Where was that? The answer is a natural cave, named Nippara-shonyudo (Nippara limestone cave) in Ome City, Tokyo Metropolis.

Nippara-shonyudo was formed by the chemical erosion of limestones, which were originally deposited on the sea bed from 300 to 200 million years ago. The total length of the cave is 1,270 meters. We can see precious natural features such as stalactites. Nippara-shonyudo is designated as a natural monument by the Tokyo Metropolitan Government. In the cave, it's always kept 11 degrees Celsius... very cool in summer; while warm in winter. That's a paradise for visitors.

To get to this summer retreat, the nearest station is Okutama on the JR East Ome line. It's convenient for visitors who live in a western suburb, because some of the trains operate directly from the Chuo line onto the Ome line. The train is an orange-colored EMU E233 series, which is same as the Chuo line commuter train, but the train is made up of only four (or six) cars from Ome station. That's exactly a local line passing through a mountainous region. I had a great weekend. 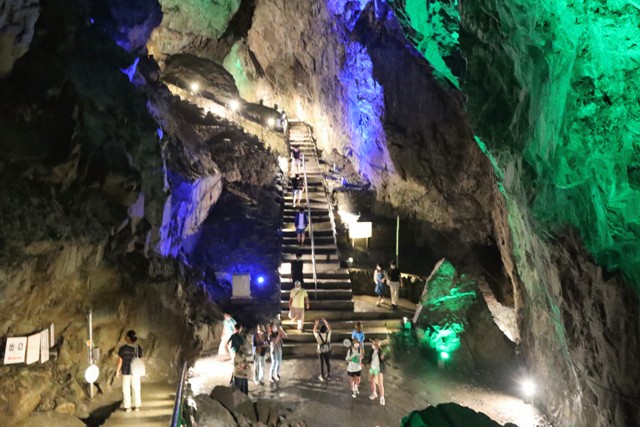