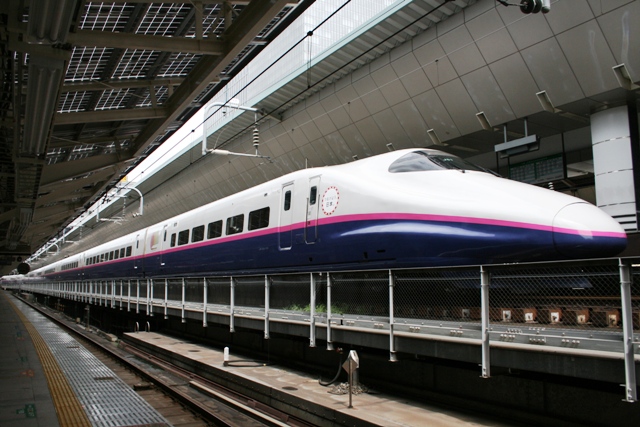 Three months have passed since I moved from Jakarta to Tokyo. I’m satisfied with my pleasant and comforting office adjacent to Tokyo Station, but the biggest problem is that very Tokyo Station. It’s still a labyrinth for me.

Tokyo station was opened in 1914 as the central terminal of Japan’s capital city. Since then, this station has been expanding its scale and functions. For example, the Tokaido Shinkansen tracks were constructed in the early 1960’s. The Marunouchi subway line was opened underground in 1956. Another underground line, the Sobu-yokosuka Rapid Line was completed in 1972 and so on. As a result of repeated construction projects, Tokyo Station currently has 30 railway tracks aboveground and underground (see the bottom figure).

In addition, I would like to point out two more facts about the complexity of Tokyo Station. One of them is the existence of the “underground city”. There is a large underground shopping mall next to Yaesu Exit of Tokyo Station. There are nearly 200 shops which include restaurants, cafes, fashion, souvenirs, music, sport, and so on.

Another fact is that Tokyo Station is connected with the subway Otemachi Station. So, Tokyo and Otemachi stations substantially form the “greater Tokyo station complex”. I can reach both Tokyo and Otemachi stations directly from my office without an umbrella even on rainy days. It’s quite convenient; however, the labyrinthine station complex is a cause of trouble to me as I get lost a lot.