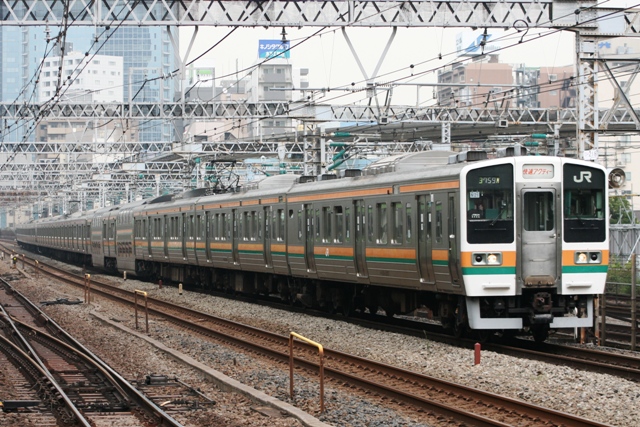 The Tokaido Line, which connects Tokyo and Kobe (590km), is the oldest railway in Japan. It's opened between Shinbashi, a downtown part of Tokyo and Yokohama, an outport of Tokyo (29km) in 1872. Since then, it was extended bit-by-bit, and eventually in 1889, the line was totally opened.

Even after completing the construction of the railway, the Tokaido Line has been moderninized step-by-step. For instance, the electrification was started in 1925 and completed in 1956. Tanna Tunnel (7.8km) was penetrated under Taga Volcano in 1934 after overcoming many difficulties. The largest epoch was the completion of the Tokaido Shinkansen (special line for bullet trains) as the 2nd line of this main transportation artery in 1964.

After the opening of the Shinkansen, intercity passengers have moved to take this new trunk line. However, the Tokaido Line still plays an important role in commuting, cargo transport and operation of overnight sleeper trains.

I often took the Tokaido Line when I was a child, because one of my relatives lived on the line. It's very exciting for me to see and embark the long colorful formation trains. The body colors were vibrant orange and green, which came from the orange fruit, a speciality product along the line. The train was composed of 15 cars including two green (first class) cars. Even now, these traditions are passed to the new generation trains. 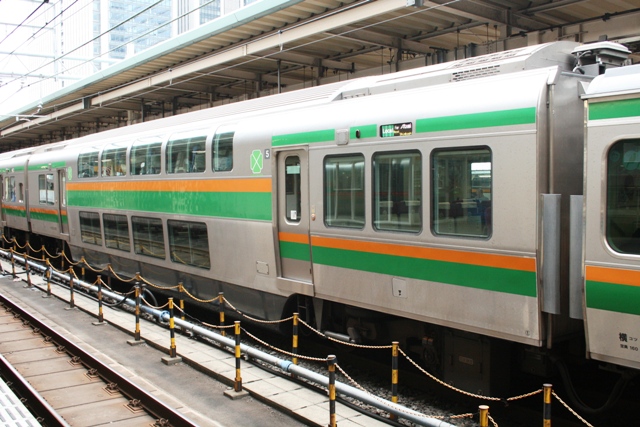