"Kodama-type" EMU in My Old Memory 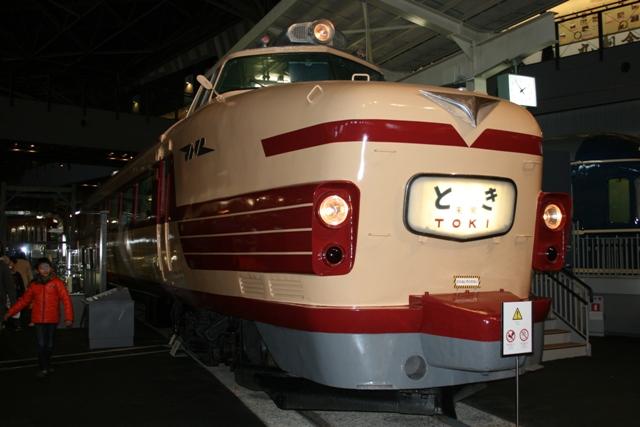 When I visited the Railway Museum in Saitama City (see my blog on January 2nd), I found a colorful train with a bonnet on the front (see the top photo). That is a so-called "Kodama-type" EMU.

The Kodama-type was first manufactured in 1957 as a limited express train "Kodama (Echo)" for intercity transportation between Tokyo and Osaka: two major cities in Japan. Needless to say, it was the pre-shinkansen era. The official name of the train was the "EMU JNR (Japanese National Railways) 151 series", DC limited express. The design is quite unique, as a large bonnet is attached on the front. The body is also fresh, as it is colored vermilion red and beige. Although, several similar types of limited express EMU have been manufactured since launching the 151 series, we apply the name of Kodama-type to all these designed trains.

The Kodama was the fastest train of that time in Japan. The maximum speed was 110km/hour, and it was able to travel between Tokyo and Osaka (550km) in about 6 hours and 30 minutes. I have a precious experience to ride this limited express train in my childhood (see the bottom photo). Probably, it is the oldest memory of my life. I got onto the Kodama at Tokyo Station to go to Shizuoka with my parents. It was the mid-summer vacation season. I still remember that I enjoyed looking out the window at the passing scenery while eating a "frozen orange", a popular product among travelers of that time. 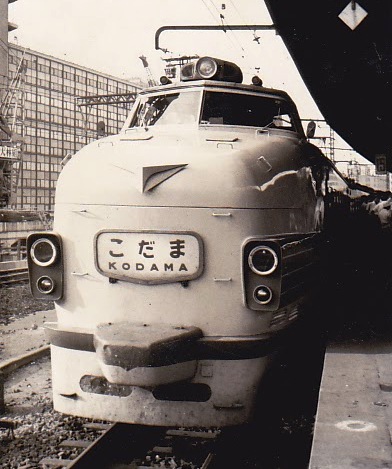