The Senseki Line, Scars of 3.11 Earthquake 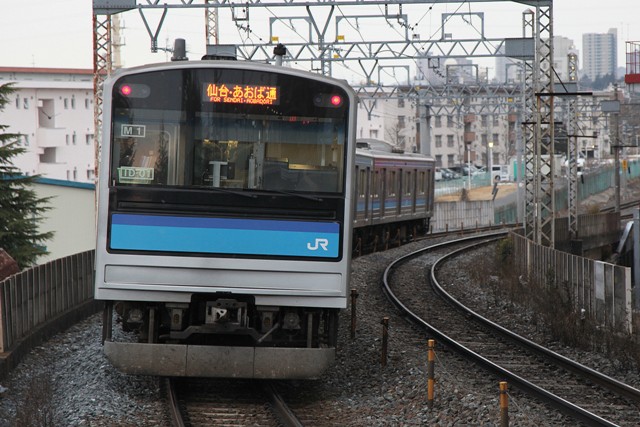 Following my blog on January 21st, I would like to introduce you to another railway line in the Sendai metropolis.

The JR East Senseki Line is one of the main commuting arteries along with the Tohoku Line and the Subway Nanboku Line in the Sendai area. Connecting Aoba-dori, the city center of Sendai, and Ishinomaki, the second largest city in Miyagi Prefecture; the total length of the route is 52 km. It carries an average of 21,000 passengers per day (the top photo).

On March 11, 2011, the Senseki line was severely damaged by the giant earthquake. Especially, the section between Takagi-machi and Yamoto was fully-destroyed by the giant tsunami. This section is still interrupted. So, passengers have to take bus services, which are provided by JR East.

On this line, we can see special wrapping trains designed with comic heroes. They are the "Masked Rider" (see the bottom photo) and "Cyborg 009", which are popular characters from Shotaro Ishinomori's science fiction comics. Mr. Shotaro Ishinomori was born in Ishinomori Town near Sendai in 1938. Hence, his pen name, "Ishinomori" is from his hometown.

I read Mr. Ishionomori's comics voraciously in my childhood. Especially, I liked Cyborg 009. The story is that nine cyborgs fight the evil Black Ghost organization. I had a deep sense of empathy for the heroes' sad stories, because they are not humans, but artificial cyborgs.

Unfortunately, Mr. Ishinomori passed away in 1998; however, the comic heroes, he created, are still alive on the trains near his hometown and give the earthquake victims encouragement. 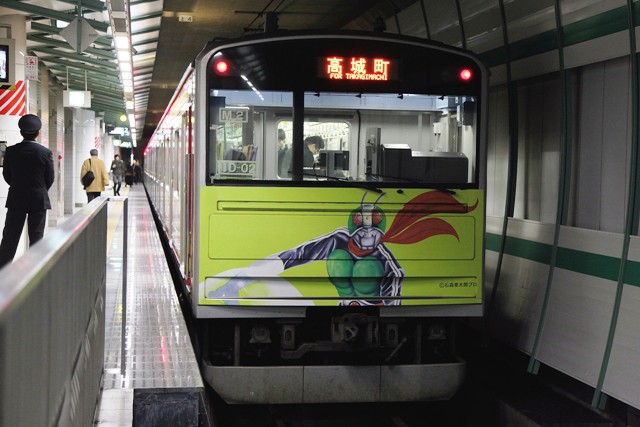