Lupinus Hill on the Tobu-Tojo Line 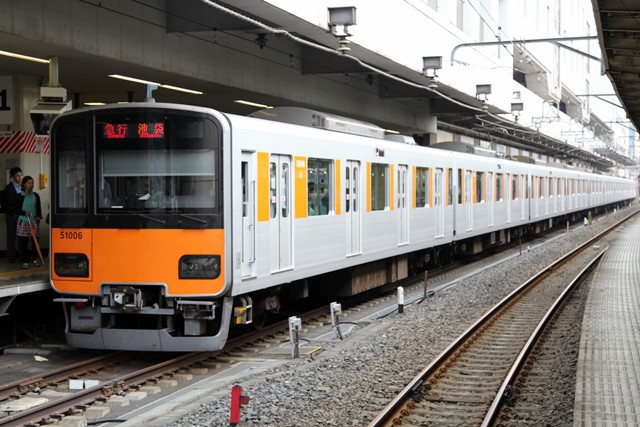 Lupinus, also known as Lupins or Lupines, is a leguminous plant originally from the Mediterranean region, Africa and the Americas. The shape of the flower is similar to that of wisteria, but the flowers open up from the bottom to the top. So it is called Nobori-fuji (climbing wisteria) in Japan. Numerous colors are seen in the flowers such as yellow, pink, purple and white.

Where can we see Lupinus? One of the reputable Lupinus fields in the Tokyo metropolitan area is Musashi Kyuryo Shinrin Koen (Musashi Hills Forest Park) in Saitama Prefecture, which is located about 60km northwest of downtown Tokyo. A total of 35,000 flowers are seen near the western entrance of the park in late May and early June (see the following picture).

My weekend travel seeking trains and flowers goes on and on. 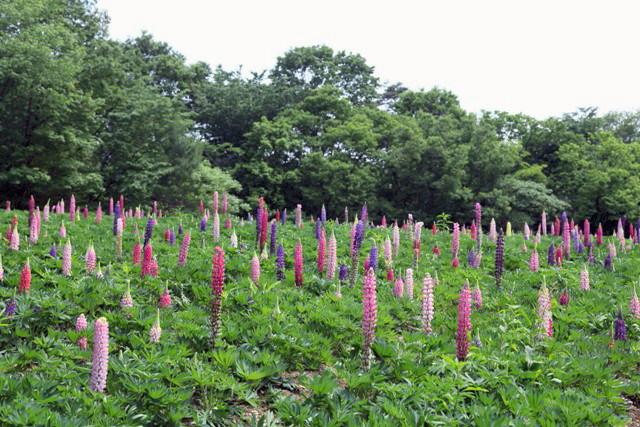 More information about trains on the Tobu Railway (in Japanese): http://www.tobu.co.jp/corporation/rail/vehicles/