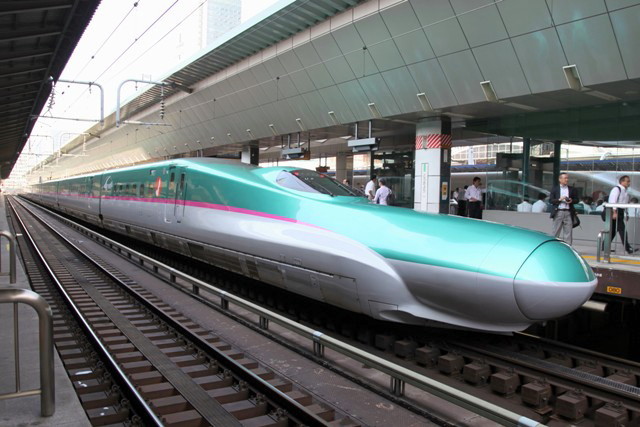 The hot summer still continues in the Tokyo metropolitan area. I took a short midsummer holiday, the same as last year, and went to the cool north. This year's destination was Hokkaido, a northern island, some 800km north of Tokyo. To visit Hokkaido from Tokyo, an air flight is convenient. It takes only 1.5 hours from Tokyo International Airport (Haneda). But as a rail-fan, air travel is a bit dull for me. So, I took the trains. Rail travel is the best in Japan.

First, I embarked JR East's super express train "Hayabusa (Falcon)", EMU E5 series on the Tohoku Shinkansen from Tokyo Station (see the photos). The E5 series is the newest Shinkansen train launched in 2011 with a maximum speed of 300km per hour. In addition to its speed, the other outstanding feature is its curve passage performance. By tilting the train's body using advanced technology, the E5 series can keep a high speed on tight curves. JR East plans to raise the maximum speed of the Tohoku Shinkansen to 320km per hour early next year using the E5 and newly developing E6 series.

After arriving at Shin-Aomori, the northernmost city of Honshu Island (the main island of Japan), I transferred to the limited express, "Super Hakucho (super swan)" on the Tsugaru Kaikyo Line, to pass through a 53.85km Seikan (subsea) Tunnel. I will report this inter-island express train in the next article, as it was also an exciting experience. 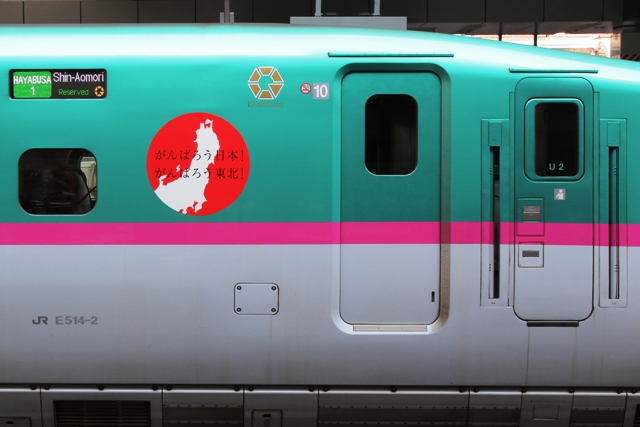