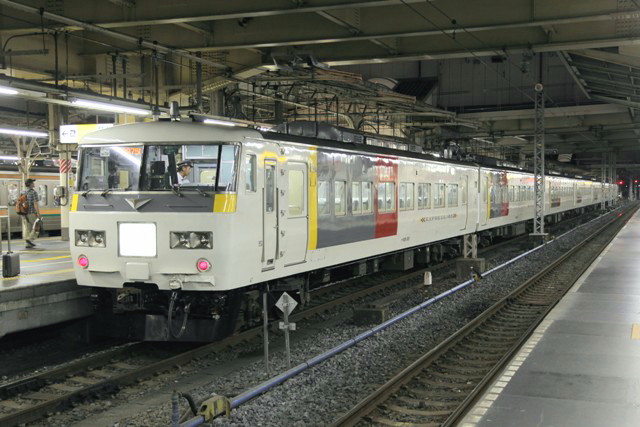 EMU JR East 185 series, "Home Liner Konosu" stands at Ueno Station
Businessmen and businesswomen in Tokyo are generally busy everyday. To make matters worse, they have to have a hard time while returning home, as the commuter trains are packed on most of the routes. What can they do?

Here is what they need to do. Get on a Commuter Liner by paying an extra fee. It takes them to a healing world. Currently, some of the railway companies in the Tokyo metropolitan area operate special trains, which guarantee passengers going back home seats on board. For example, Tokyo Metro and Odakyu jointly operate a special Romance Car, "Metro Homeway" from the city center to western suburbs of Tokyo (see my blog on September 4th, 2011).

JR East also operates similar trains, so-called Commuter Liner. For example, Home Liner Konosu is operated between Ueno and Konosu on the Takasaki Line (see the top photo); while the Shonan Liner is operated between Tokyo and Odawara (see the following photo). EMUs 185 and 215 series etc. are used. They are higher grade than those of standard commuter trains. The operation interval is 30 minutes on average.

I sometimes use a Romance Car, Metro Homeway from Otemachi Station on the Tokyo Metro Chiyoda Line near my office. It is directly operated into the Odakyu Line. Wood grain patterns are heavily used for the interior, such as the passenger seats and the walls. It offers the passengers peace and comfort.

Commuter Liner: it is a healing train for hard workers in urban areas of this country. 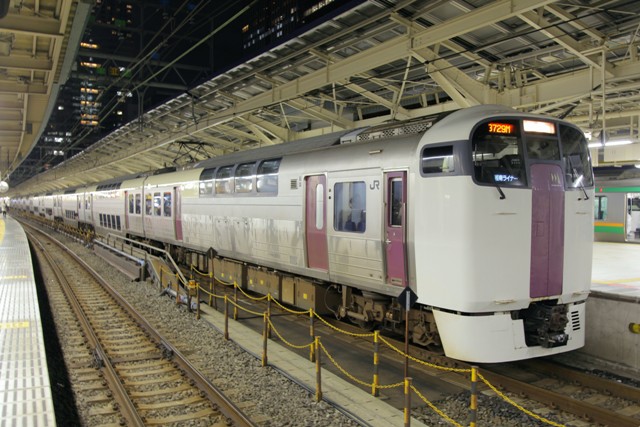