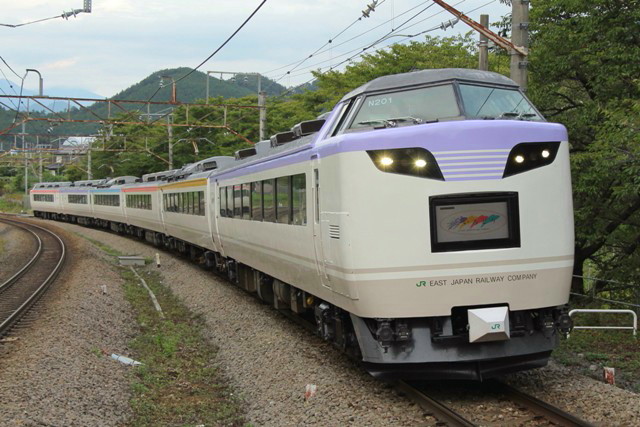 Do you know there are many leisure trains in Japan? One of the examples is "Yufuin-no- mori" of JR Kyushu (see my blog on May 7th, 2011), meanwhile a small company, Watarase Valley Railway, has an open-air train "Torokko Wasshi" for sightseers (see my blog on September 10th, 2012).

The giant, JR East also owns several leisure trains. I am going to show one of them here. That is "Irodori"; N201 of the EMU 485 series (see the photos).

Irodori (Color) is an all green-car train. It means that the 6-car train is composed of the first class car only. Actually, Irodori lives up to its name. The body of the train is very colorful. They are lilac (car number 1 and 5), dark yellow (car number 2), pinkish beige (car number 3 and 6) and light blue (car number 4). The interior is also rich in variety. Car number 1 and 6 are 2+1 cross seat cars. By contrast, car number 2, 3 and 5 are compartment cars. A large salon is provided in car number 4. A massage chair and an audio instrument are also installed.

In the meantime, Japanese rail-fans call this train "Freeza", because the face of the train resembles the famous cartoon character, Freeza in Dragon Ball. Most notably, the "sharp-eyed" front lights are awfully similar to the eyes of Freeza.

Do I like this face? Not really, to be honest, but it's very unique, isn't it? 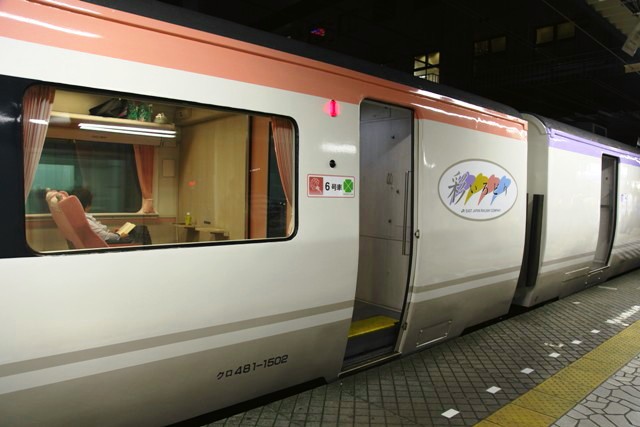