The 115 Yellow and Local Festival in Kamigori Town 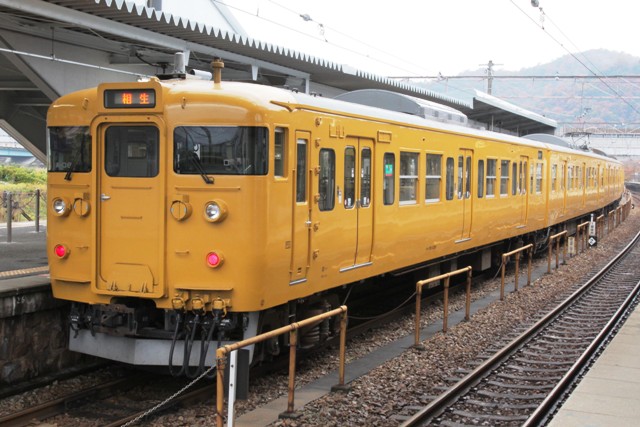 
A friend of mine has moved from Tokyo to Kamigori Town in Hyogo Prefecture to take up farming. I visited him with my family last month.

Kamigori is a typical agrarian town surrounded by the Chugoku Mountains. It is located some 600km west of Tokyo. To get there from Tokyo, we took the Shinkansen, and got off at Aioi Station. A local train was waiting for us on the west-bound track of the Sanyo Main Line, when we arrived at Aioi. That was a local train, the EMU JR West 115 series (see the top photo). It was yellow, or rather, "Yamabuki (bright yellow)" color, which was different from those of JR East 115 (see my blog on September 22nd, August 10th and April 6th, 2012).

After being reunited with my friend, we visited a local autumn festival together. I saw a bunch of people in the agora of the town. More than 20 food stalls with over 200 tables had been set up there. We enjoyed superb local food such as Ayu (sweetfish) broiled with salt and Moroheiya (Jew's marrow) salad. On the other hand, a Rakugo storyteller (traditional Japanese comedian), with local girls, was making the audience laugh with their narrative skill using the local dialect (see the following photo).

Big-hearted people, a mild autumn climate and the slow passing of time... it was truly country life in Japan. Kamigori is a place that lets city dwellers feel the warmth of those long-forgotten. 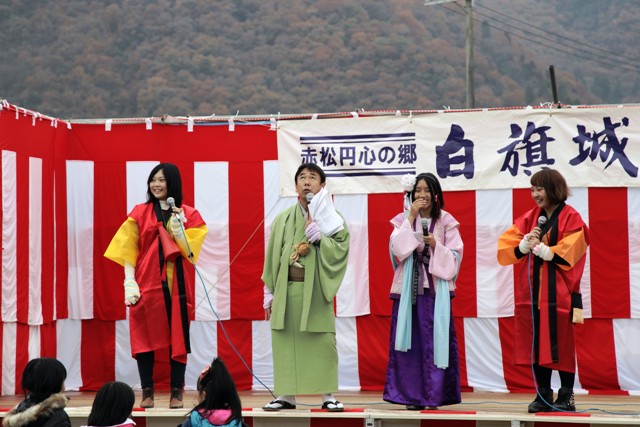