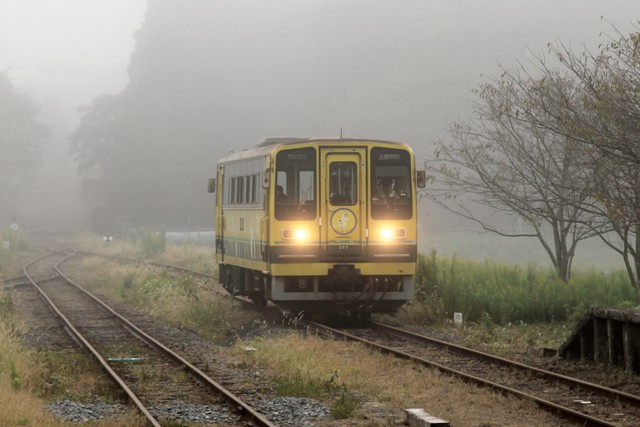 As I mentioned before, there is a trans-peninsula railway in the Boso area in Chiba Prefecture, some 80km east of Tokyo. The western part of the route is Kominato Railway (see my blog on May 31st, 2012); and the other is Isumi Railway.

Connecting Kazusa-Nakano on Kominato Railway and Ohara on the JR East Sotobo Line, Isumi Railway forms the eastern part of the trans-peninsula railway. There are 14 stations over a total operating length of 26.8km. The route is single track and non-electrified.

This line was opened in 1930 under the name of Kihara Line of the state railway. Like other local lines, it had run a persistent deficit since it was opened. Due to years of losses, the management of the line was transferred to newly established Isumi Railway after the breakup and privatization of Japan National Railways in 1988.

Although decreasing passenger numbers caused the company to face difficult administrative times, the CEO, who was selected from the applicants, is continuing to radiate solutions. For example, the company sold the naming rights of the stations and constructed a new strategic station in front of a shopping mall.

Currently, Isumi Railway has 7 units of rail-cars. They are Type 200' (see the photos), 300 and KiHa 52. Type 200' was launched in 1988 as the first rail-car on the newly established Isumi Railway. A total of 7 units were manufactured by Fuji Heavy Industries, and still 4 units are operated.

Isumi continues to fight for survival. 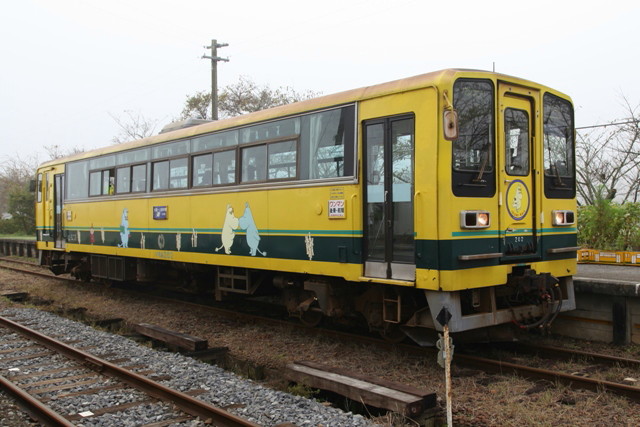