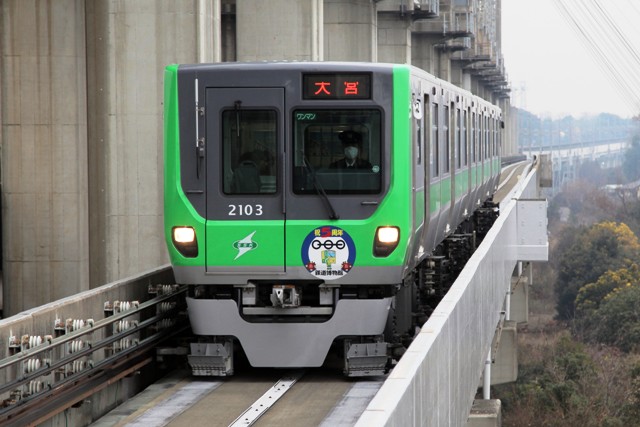 
The New Shuttle (Saitama Shin-toshi Kotsu) is a rubber-tyred automated guideway transit (AGT) system in Saitama Prefecture, the northern part of the Tokyo metropolitan area. The operating line length is 12.7km between Omiya and Uchijuku stations. The route was opened in 1983 along the Tohoku and Joetsu Shinkansen lines. Unlike the other AGT lines in Tokyo, a driver operates each train, it is not a driver-less operation.

Whenever I visit the Railway Museum (see my blog on January 1st, 2013), I take the New Shuttle. It is a unique transportation system in the Tokyo metropolitan area. Following the EMU 1010 series (see my blog on May 18th, 2011), I am going to show you the other types of train on the line.

The EMU 2000 series is a brand spanking new train (see the top photo). It was launched in 2007 to replace the old EMU 1010 series. Currently, 5 sets, 30 units are being operated. Each set has a different color. They are pink, orange, green, yellow and blue. The spec is also leading-edge. For example, the IGBT-VVVF inverter control system is applied.

The EMU 1050 series is the second generation train on the line (see the following photo). It was launched in 1990 for the entire opening of the route. Currently, 4 sets, 24 units are being operated. The spec is rather old these days, but it is still being operated as one of the main fleet.

The New Shuttle is the most lovable vehicle in the Tokyo metropolitan area for me. 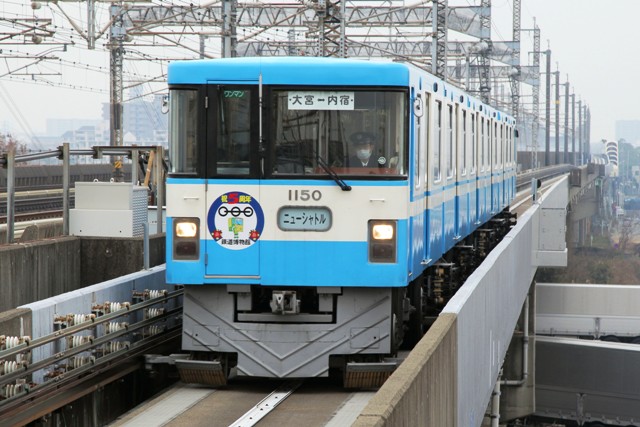