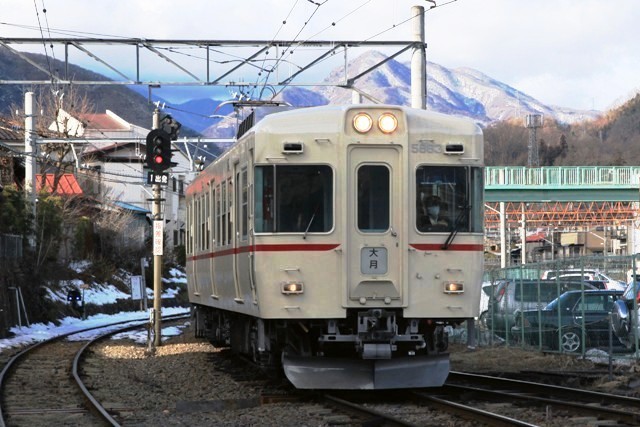 
The railway business in the Tokyo metropolitan area is very competitive. Many companies are fighting for survival. Specifically, private railway companies in the countryside are suffering profound damage due to a decreasing population on the railway lines and competition with automobiles.

One of the saviors are enthusiastic rail fans. They visit the local railways regardless of the expense, if newsworthy trains are operated on the lines. So, many local railway companies are launching special trains to promote rail fans.

One such train is the revival of the colored EMU on the Fujikyu Railway. Connecting Otsuki on the JR East Chuo Line and Kawaguchi-ko (Lake Kawaguchi), Fujikyu is a local private railway at the foot of Mt. Fuji in Yamanashi Prefecture.

Recently, Fujikyu launched a new train, EMU 1000 series "Keio color". This model is an ex-Keio 5000 series, which was a very reputable commuter train in Tokyo from the 1960s through the 1990s. Curved front windows and double rounded front lights of this 43-year-old train are nostalgic, but still very cool.

Fujikyu has revived its body color to that of the Keio era. It is ivory white with a burgundy stripe (see the photos). It has a strong appeal to the rail fans, who know the gallant appearance of the Keio 5000 series from the 1960s through the 1990s. As a consequence, many rail fans are flocking to the Fujikyu Railway. 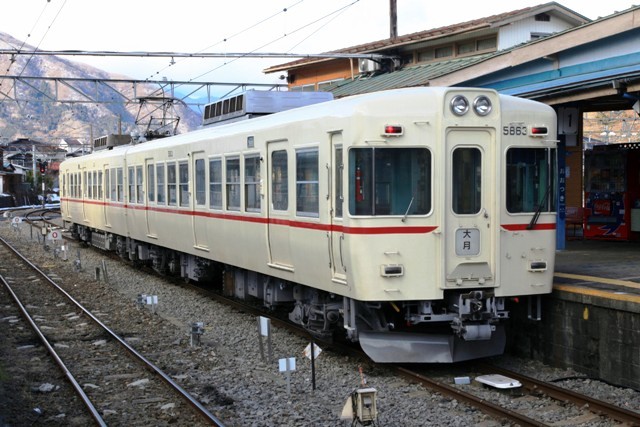