Mysterious Pond and Hybrid Train on the Koumi Line 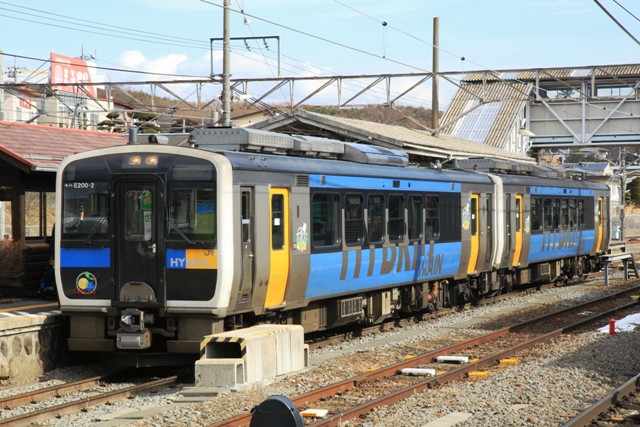 Hybrid train, DMU JR East KiHa E200 series with roof top lithium-ion batteries (left)
Yatsugatake (Eight Peaks) and its surrounding area is one of my favorite spots in the Tokyo metropolitan area. It lies in a high altitude region. The coolness of summer is special.

The foliage season in the Yatsugatake area is also attractive. Specifically, I like to visit Shirokoma-ike where we can view a mysterious pond and beautiful autumn leaves (see the following picture). It is over 2,100 meters above sea level. The best season there is from late September to mid-October.

To visit this magnificent prospect, JR East Koumi Line is convenient. It is a beautiful highland railway (see my blog on June 22nd, 2012). One of the features on this route is that a state-of-the-art hybrid train, KiHa E200 series, is operated (see the top photo).

I got on this hybrid train last year. I found that it was very quiet at the time of start-up, as it started using battery power and induction motors. Then, the diesel engine started operation, when the train reached around 10 kilometers per hour. I was caught by a strange feeling, which I have never experienced before.

DMU JR East E200 series, hybrid train... it is the beginning of a new age of railways in Japan. 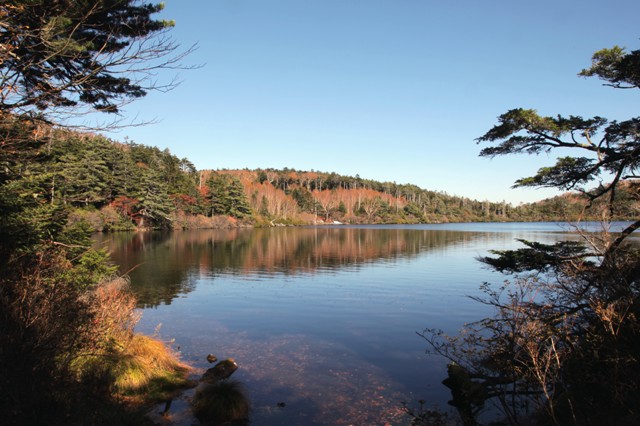