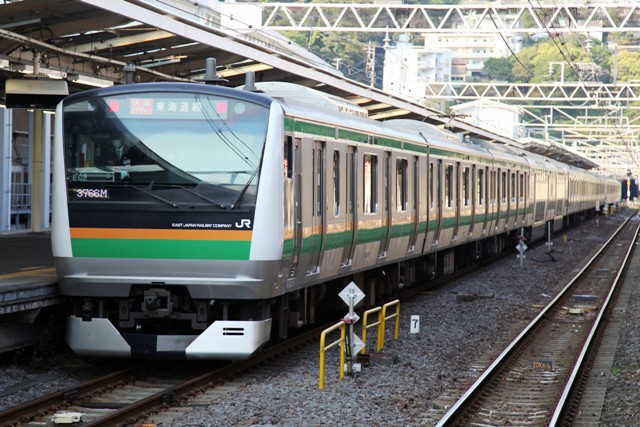 EMU JR East E233-3000 series, the rapid train, "Acty", stands at Atami Station
The Shonan Coast is a 30km long beach facing the Pacific Ocean. It is located southwest of Tokyo, and can be reached in about one hour by train from downtown Tokyo. The Shonan Coast has been one of the top-rated residential areas in the Tokyo metropolitan area since the 1950's. It is because the area has a beautiful beach and a historical city such as Kamakura.

The railway on the Shonan Coast, namely the Tokaido Main Line, is also something special. The commuter trains on this route have been equipped with green cars (the first class cars) for a long time, as many rich people have been taking this line. Currently, the main fleet of the Tokaido Main Line is an EMU E233-3000 series. It is a 10 or 15 car train including two double-deck green cars. Specifically, the rapid train "Acty" is a representative one using the E233-3000 series. Stopping at only major stations, "Acty" runs between Tokyo and Odawara, the westernmost city of the Shonan Coast, in about 80 minutes.

Taking "Acty", you can reach the beautiful beach on the Shonan Coast in about one hour from downtown Tokyo. I sometimes enjoy walking on the beach near Oiso Station. When I was a child, this place could hardly be described as beautiful because of pollution; but, now, it has become clean as local people and governments' efforts have finally paid off.

The blue ocean on the Shonan Coast is always waiting for visitors. 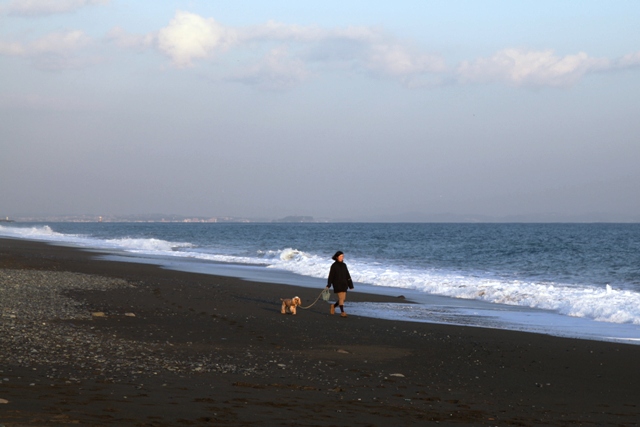