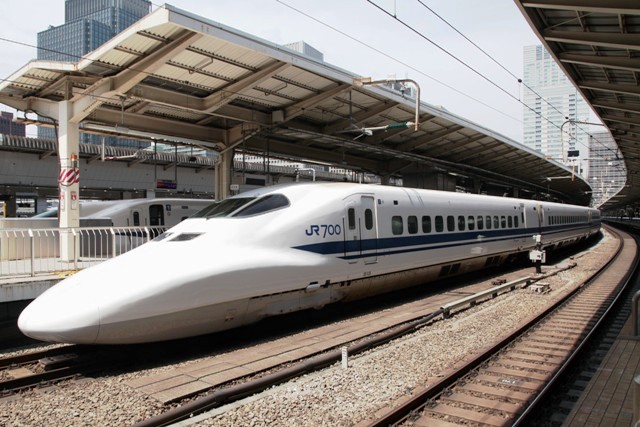 
I assumed that I had already introduced all of the Shinakansen trains to and from Tokyo Station in my blog; but, there are some left. Today, I am going to show you the EMU 700 series on the Tokaido Shinkansen.

The Shinkansen EMU 700 series belongs to JR Central and West on the Tokaido and the Sanyo Shinkensen. It was launched in 1999 to replace the old rolling stock, such as the 0 series (see my blog on May 8th, 2013) and the 300 series (see my blog on February 19th, 2012). A total of 91 sets, 1328 units have been manufactured by Nihon Sharyo, Hitachi, Kawasaki Heavy Industries and Kinki Sharyo. Currently, a total of 1284 units are still being operated by JR Central and West. 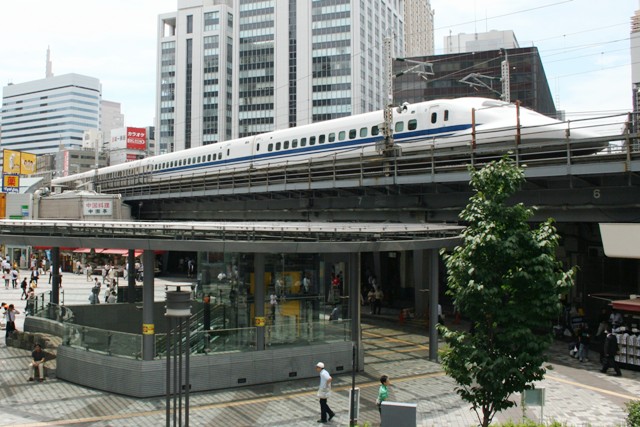