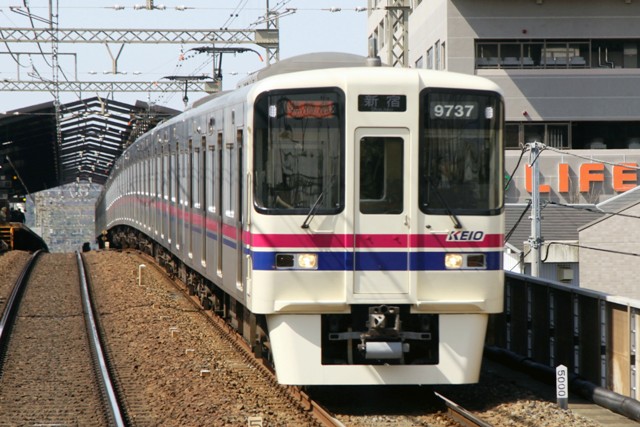 
As I have mentioned frequently, the railway business in Tokyo is competitive. Many companies are fighting for survival. But, on the contrary, they also cooperate with each other in emergency situations.

When I use the "transfer transportation" system, I often get on the EMU 9000 series on the Keio Line (see the photos). The 9000 series is the latest model on the Keio Line. It was commissioned in 2001 to replace old models such as the 6000 series. A total of 28 sets, 264 units, have been manufactured by Nippon Sharyo and Tokyu Sharyo so far.

One of the features of the 9000 series is its multi-purpose function. For example, this group is used for all kinds of trains, such as limited express, express, rapid, and local. Furthermore, it is used for direct operation between the Keio and the Subway Toei-Shinjuku lines. So, the 9000 series travels all the way to Chiba Prefecture (Motoyawata Terminal on the Toei-Shinjuku Line) crossing the Tokyo Metropolis.

The EMU Keio 9000 series... you must be tired after your long trip. 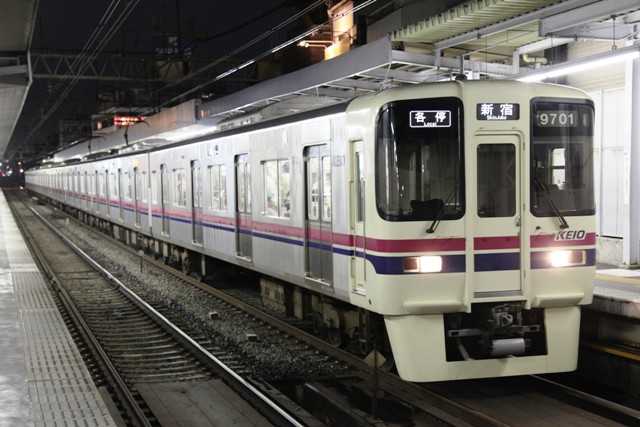