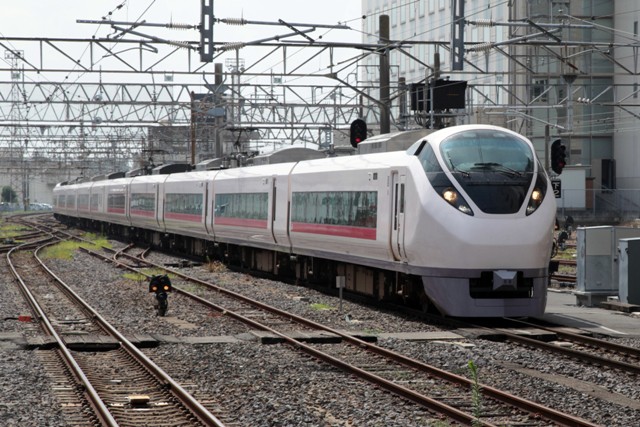 EMU JR East E657 series, "Super-Hitachi", arrives at Mito Station on the Joban Line
There are not enough opportunities for me to get on the JR East Joban Line train. I only take it once or twice a year on average, but, whenever I get on, something happens on the line. Last weekend was no exception.

I took the Joban Line to visit Ibaraki Prefecture last Saturday to enjoy a stroll in the countryside. When I arrived at Ueno Station to get on a limited express train, I was shocked into silence. Hundreds of people were waiting for the train on platform number 16. Most of the passengers were young. What was going on?

It was because "Rock in Japan Festival 2013" would be held in Hitachi Coastal Park in Ibaraki Prefecture. A mob of rockers were flocking to the concert taking the Joban Line. The limited express train, "Super-Hitachi" was more crowded than that of commuter trains during rush hour in Tokyo. I had to stand the whole way to Mito Station on a jam-packed train.

Changing the topic. The limited express train, Super-Hitachi is currently operated using the new EMU, E657 series. The old limited express trains, the 651 and the E653 series were retired from the line as of March 15th, 2013. The new train is more comfortable, has a high spec and offers good services, but, the spot in the sun is its design.

Look at the photo. The frontal mask looks "capybara". It is cute, but, seems less fast as a 130km/hour top speed limited express train. Am I picky about trains? 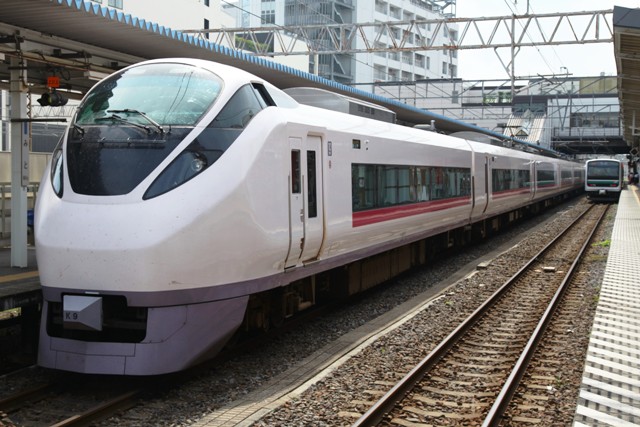