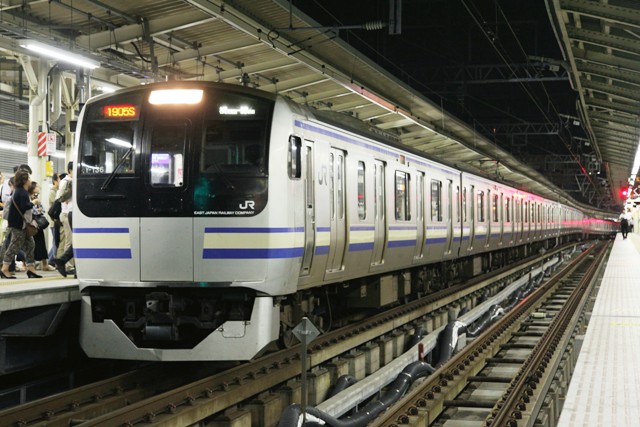 EMU JR East E217 series stands at Yokohama Station on the Yokosuka Line
Minato Mirai 21, also known as MM21, is a large urban development area, and the central business district of Yokohama City, some 20km south of Tokyo. It is designed as a new urban center to connect Yokohama's traditional city centers such as Kannai and the Yokohama Station area. MM21 used to be a rail yard, a shipyard and wharfs of Yokohama Port.

The construction started in 1983. With the development of MM21, it has formed part of the business and central core of Yokohama City. Today, about 79,000 people are working in MM21. The illuminations of the MM21 area is one of the famous night leisure spots in the Tokyo metropolitan area.

The E217 series was debuted in 1994 to replace an old EMU 113 series. It is a typical commuter train with eight doors per unit. Long seats are equipped; but cross seats are also allocated for long distance passengers in several cars. Most trains are directly operated into the Sobu Line via Tokyo Station.

Taking the Yokosuka Line, the night walk in MM21 of Yokohama City is my favorite in this early autumn season. 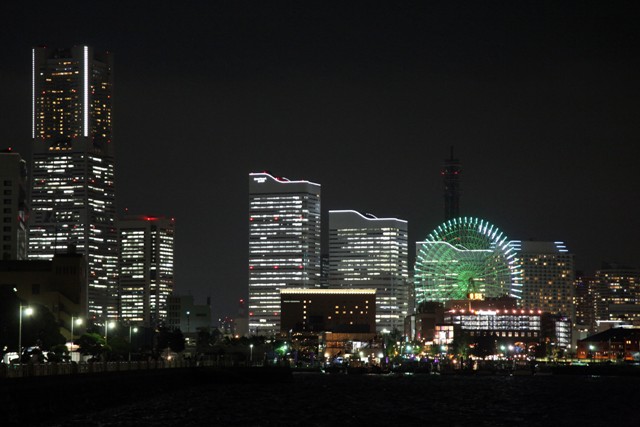