Golden Lace and Classic Train on the Chichibu Railway Among these, I found a beautiful flower community of golden lace last week in the Chichibu region. They are yellow-colored small lacy blossoms planted in a small temple. Blowing in a gentle autumn breeze, they were swinging slowly. It is still hot in the daytime, but autumn is only just around the corner.

To enjoy these beautiful flowers, take the Chichibu Railway and get off at Nogami Station. A classic EMU 1000 series is your vehicle to get to the golden lace community. It was originally debuted in 1957 as a commuter train, the JNR (Japanese National Railways) 101 series. A total of 1,535 units were manufactured by JNR over 12 years. A total of 36 units were, then, moved to the Chichibu Railway in the 1980s to spend their second life, having escaped from being scrapped. Currently, only three sets, nine units of ex-JNR 101 series trains have survived.

The Chichibu Railway has already announced that all sets of the EMU 1000 series (ex-JNR 101 series) will be retired by the end of March, 2014.

The clock is ticking. 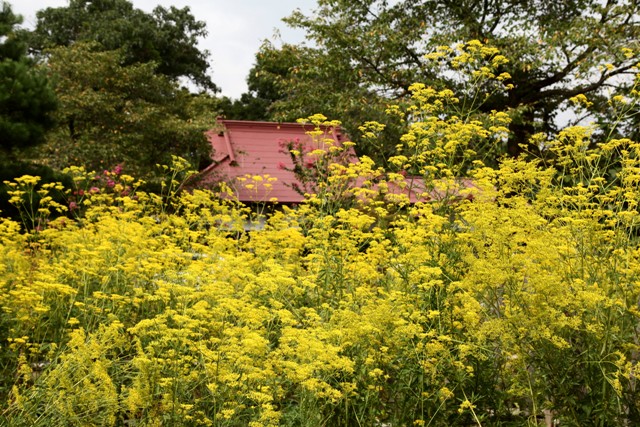