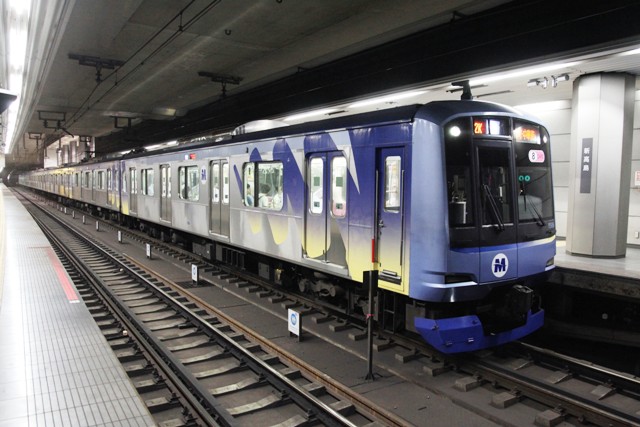 EMU Yokohama Minato Mirai Railway Y500 series stands at Takashima Station on the MM21 Line
Yokohama is situated some 20km southwest of Tokyo. It is the second largest city in Japan. Yokohama has been developed as Tokyo's outport since the 19th century. Currently, it has an estimated population of 3.7 million.

If you go to Yokohama Port, you can see an old ocean liner, Hikawa Maru preserved in front of Yamashita Park. She was launched in 1929, and ran a regular route between Yokohama, Vancouver and Seattle before WWII. She had a reputation for service that combined splendid food and beautiful art deco interiors. So, she was called "The Queen of the Pacific". Charlie Chaplin travelled on her for part of his Round the World Tour that he made in 1932.

During WWII, Hikawa Maru served as a hospital ship. She was, then, used as a cargo ship and passenger liner. Eventually, she was permanently berthed at Yamashita Park and preserved. Currently, it is open to the public.

To visit this old ocean liner, the subway Minatomirai Line (the MM21 Line) of the Yokohama Minatomirai Railway is convenient. Connecting Yokohama and Motomachi-Chuukagai (Motomachi-Chinatown), the total length is 4.1km. It was opened in 2004 as an access route to the urban development area, Minatomirai 21, in downtown Yokohama.

A stylish EMU Y500 series and the other EMUs are operated every 3 to 4 minutes throughout the day. All trains are directly operated into the Tokyu-Toyoko Line. So, it is very convenient from Shibuya in the downtown Tokyo area. 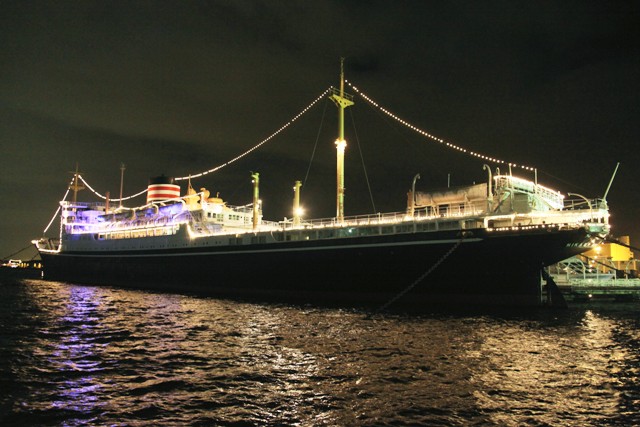