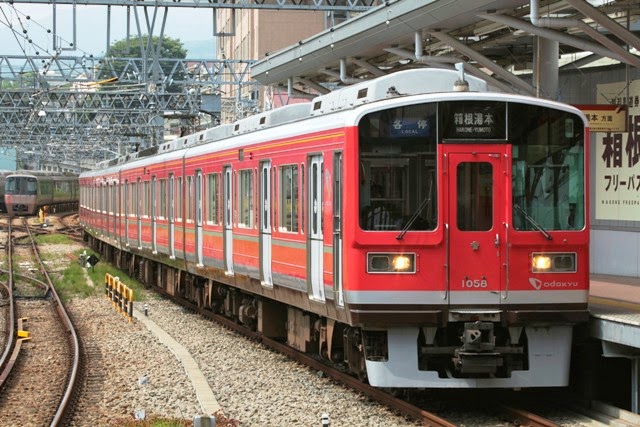 EMU Odakyu 1000 series arrives at Odawara Station on the Hakone Tozan Railway
Odawara is a major city located some 80km southwest of Tokyo. It functions as a key junction of transportation in the western part of Kanagawa Prefecture. JR East, JR Central and Izu-Hakone Railway have large stations there. Odakyu and Hakone Tozan Railway also have a large shared terminal adjacent to the JR station.

Odawara Station is a popular spot among rail fans, since many kinds of trains belonging to the five companies are seen there. Out of all the trains, the vermilion-colored EMU, Odakyu 1000 series must be the rarest one. The EMU 1000 series is my "everyday use" train to go to the office, but the color of the body in Odawara is different.... why?

The lower section is integrally-operated with the Odakyu Line, because it functions not only as a sightseeing railway, but also as a commuter route for local people. High transportation capacity is required in this section. So, the company chose the integrated operation with the Odakyu Line. As a result, Hakone Tozan Railway borrowed the EMU 1000 series from Odakyu, and vermilioned it as a sign of the Hokone Tozan train. 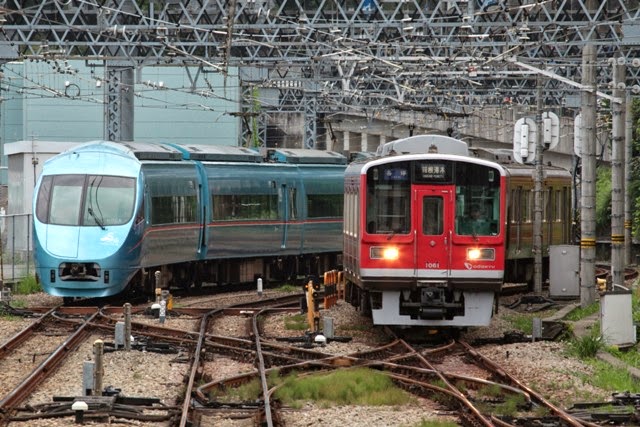