Visit to the New Railway Museum 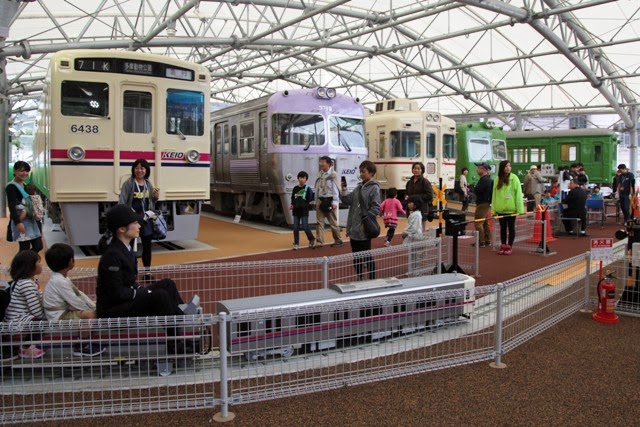 Keio Rail Land was originally opened as an amusement facility for kids in 2000. It was a small facility to exhibit diorama (model railway) and to sell some souvenirs; meanwhile, the new Keio Rail Land has been opened as a railway museum, in commemoration of the 100th anniversary of the Keio Line.

It has larger sized diorama and souvenir shops. Furthermore, it has train driving simulators and train instruments such as a pantograph. More importantly, five units of historical trains are exhibited in an outside covered facility. They are the EMU 6000, 3000, 5000, 2010, and 2400 series, which were retired from the tracks.

When I visited there last weekend, it was very crowded. There was a ten-minute wait to get in. Visitors were mostly families and rail fans. The entry fee was 250 yen ($2.50) for a day.

To get to this new railway museum, take the Keio Line or the Tama Monorail Line and get off at Tama-dobutsu-koen (Tama Zoological Park) Station. It takes about 40 minutes from Shinjuku on the Keio Line, and about 10 minutes from Tama Center on the Tama Monorail Line. You can visit both Keio Rail Land and Tama Zoological Park, which is a reputable sightseeing spot in Tokyo in one day. I am going to show you several exhibits next time. 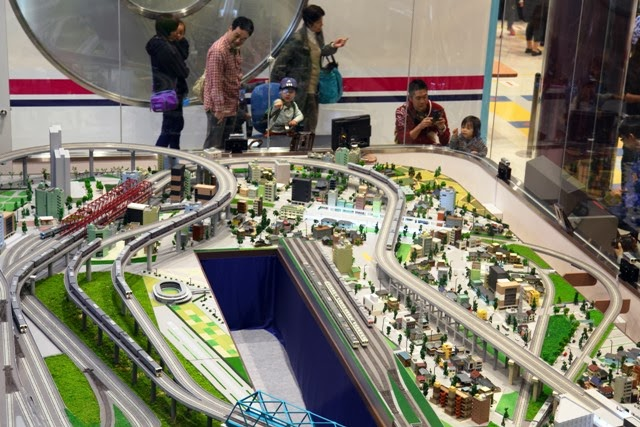