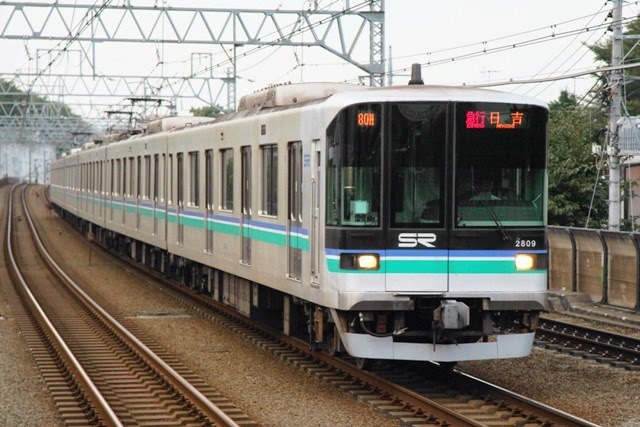 EMU SR 2000 series arrives at Tamagawa Station on the Tokyu Meguro Line
Let me start where I left off last time.

Saitama Railway (SR) is a short local commuter line connecting Akabane-Iwabuchi in Tokyo Metropolis and Urawa-Misono in Saitama Prefecture. The track is double and the electric system is 1,500 V DC overhead. The gauge size is 1,067 mm. Most of the route is constructed underground. All the trains are directly operated onto the Tokyo Metro Namboku Line and some of them are extended onto the Tokyu Meguro Line.

The EMU 2000 series is the sole model owned by SR. It was launched in 2001 when the SR Line was opened. A total of 10 sets, 60 units, have been manufactured so far by Kawasaki Heavy Industries in collaboration with Kinki Sharyo. The 2000 series is a 6-car train with three motor cars (3M3T). The body is made of aluminum alloy, but the doors are made of stainless steel to save on costs. The technical specifications are the same as those of the Tokyo Metro 9000, the Tokyu 3000 and the 5080 series for direct operations.

The Automatic Train Operation (ATO) system is adopted on the SR Line. A driver just pushes a button after the doors close. The train is, then, operated automatically to the next station. The driver doesn't need to drive the train, but he (or she) is on board for safety. The same system is also adopted on the Tokyo Metro Namboku Line.

The human-machine system must be the most powerful safety mechanism. 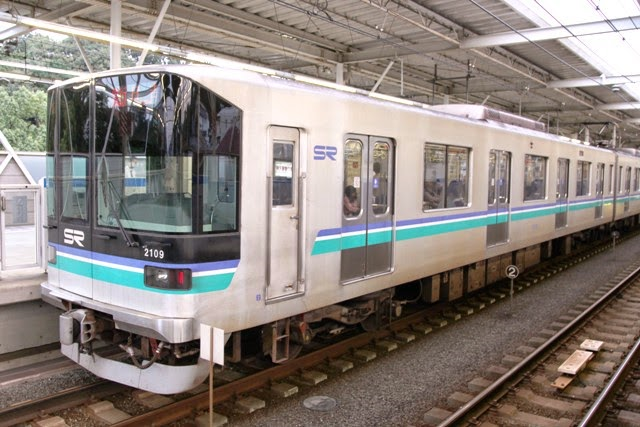