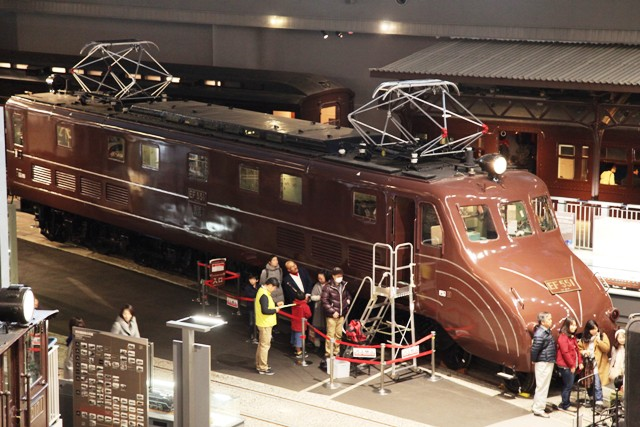 I visited the Railway Museum in Saitama City after a long time. What was the news with this rail-fans' holy place?

I found a new exhibition in the "History Zone". It was a streamlined electric locomotive (EL) Class EF55. Three units of the Class EF55 were built in 1936 by Hitachi, Nippon Sharyo-Toyo Denki and Kawasaki Heavy Industries, but only one unit, named "EF55 1", is still preserved. The other two units had already been scrapped.The EF55 was a star on the tracks before WWII. It pulled Japan's representative limited express trains, such as Tsubame (swallow) and Fuji.

It was my second time to see this elegant EL. The first time was in October 2013 at the timing of a special event for rail-fans, named "Takasaki Railway Communication Day". At that time, EF55 1 was being preserved at Takasaki Rail Yard in working condition. After that, it was retired from the track, and moved to the Railway Museum on April 1st, 2015..

EF 55 1 has been very popular among visitors. It is probably because this EL is a rare beauty. Its brown-colored streamlined body still shines beautifully. I saw a queue of people, who were waiting to see the cockpit of EF55 1. Surprisingly, they registered in advance. They told me that it was very hard indeed to reserve. I gave up seeing the cockpit, and look forward to my next visit. 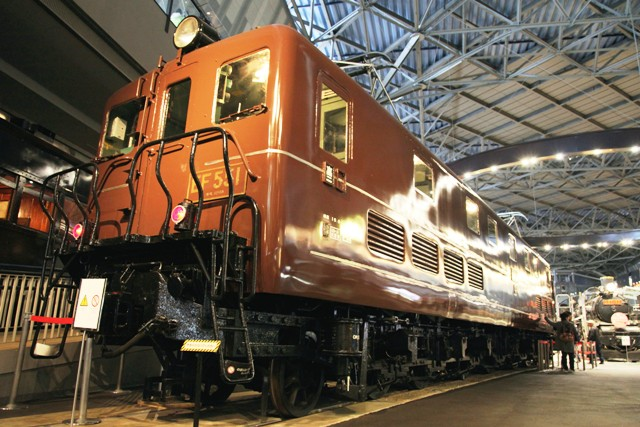