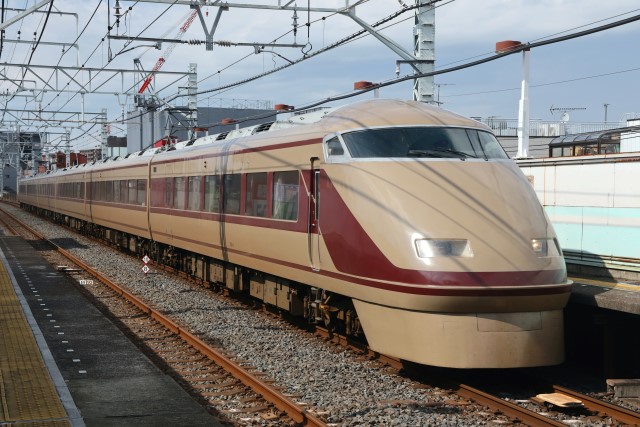 On June 6th, the Japan Meteorological Agency announced that this year's rainy season had begun in Tokyo. From June to mid-July, Tokyo has hot and humid days, called Tsuyu. Here we are in the middle of the gloomy rainy season, but, once the sun's rays peep through the clouds, I never fail to go out to enjoy a stroll. At the end of last week, I got such an opportunity, and visited the Tobu Railway for the first time in a while.

I got off at Higashi-Mukojima station on the Tobu-Isesaki line, and tried to shoot the EMU 100 series passing through the station. The 100 series, also known as "Spacia", is Tobu's flagship model for limited express trains. It was launched in 1990 to replace the old model. 9 sets, 54 units in total, were built by Alna Koki and Tokyu Sharyo. Because of its unique design and high technical specifications, Spacia was elected as the 1991 Blue Ribbon Prize train by the Japan Railfan Club, as the best train that was launched in the previous year.

What's new with Spacia? On December 5th in 2021, the company launched a special revival-colored Spacia train using set 101 of the EMU 100 series. Its body color was changed to a dark beige with maroon stripes, which was taken from the old model, the EMU 1720 series, also known as the "Deluxe Romance Car". It was a previous Tobu's flagship train that was retired from the track in 1991. 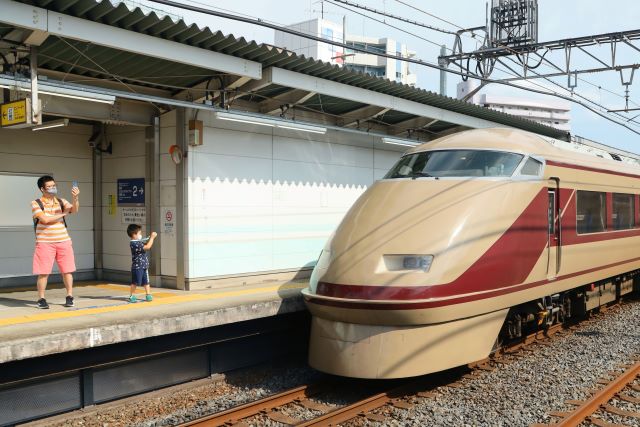