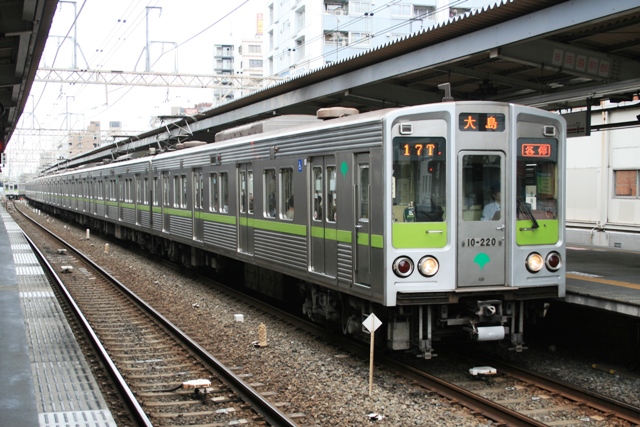 
I was born in Tokyo and brought up there. When I was a kid, my most favorite place was the Transportation Museum, which was located in Kanda area, downtown Tokyo. But after growing up, I have another favorite spot in this area. That is an antiquarian bookstore quarter near Jimbocho Station (see the bottom photo).

Taking a look at the history of the antiquarian bookstore quarter, we find that it started in the 1880s, when four universities, namely Chuo, Meiji, Nihon and Senshu, were opened in this area. Demand from these university students was expected. Since then, the quarter has developed in a smooth progress. It escaped from destruction in the air raids during World War II. Nowadays, there are more than 200 bookstores including 110 antiquarian ones. Jimbocho is said to be the world's largest antiquarian bookstore quarter.

To get to this fascinating quarter, Subway Toei (Tokyo Metropolitan Government) Shinjuku Line is convenient. This subway line connects Shinjuku, the largest subcenter of Tokyo and Motoyawata on the JR East Sobu Line by way of Jinbocho. Since express trains are operated even in the underground section, it takes only 7 minutes from Shinjuku to Jimbocho. Light green striped EMU 10-000 (see the top photo) or 10-300 series will take you speedily. Moreover, you can make an easy access from the western suburb of Tokyo, as all trains are directly operated into the Keio Line through Shinjuku Station. 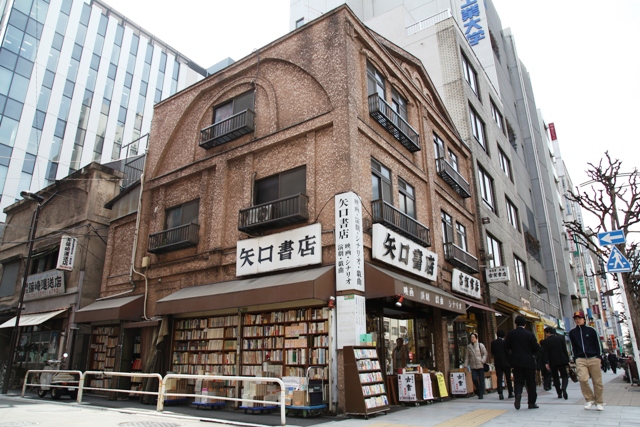