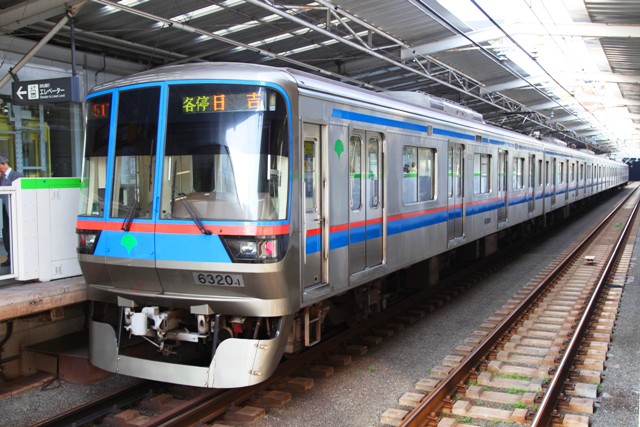 
The Imperial Palace is a special area in Tokyo. Although it is surrounded by business districts, this area keeps a quiet and comfortable atmosphere in the city center.

The Imperial Palace was built on the site of Edo Castle, headquarters of the feudal government in the Tokugawa Era, in the 17th century. But the origin of Edo Castle is even older than the above. It was first built in 1457 by Dokan Ota. Today, a significant part of the Imperial Palace is open to the public. For example, the East Garden is one such area, where people can enjoy walking.

Look at the following picture. It is Bairin-zaka (Plum Grove Slope) in the East Garden. You can see beautifully blooming red and white plum trees there. Bairin-zaka is surrounded by the stone walls and moats of the castle and further surrounded by office towers in the business district. This area is an isolated spot, and creates a mysterious atmosphere. Indeed, it is a different world for time slipping back to the Samurai Era.

To get to this mysterious spot, Subway Toei (Tokyo Metropolitan Government) Mita Line is convenient. The Mita Line connects Meguro in the western part of the downtown and Nishi-Takashimadaira, a large apartment complex area in the northern suburb of Tokyo. There are 27 stations on the 26.4km route. A Blue and red striped train, EMU 6300 series, is operated frequently (see the top photo). The East Garden is very close if you get off at Otemachi Station. 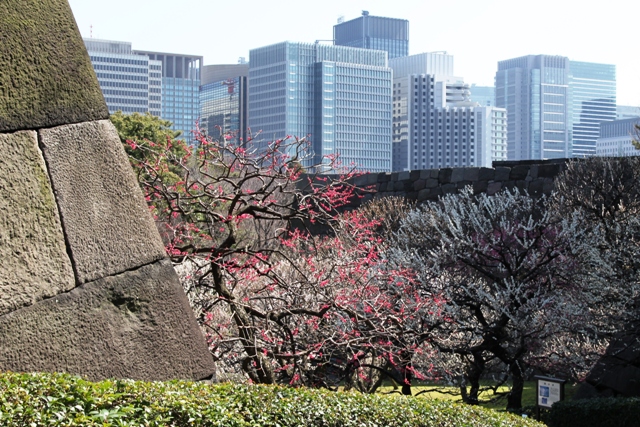