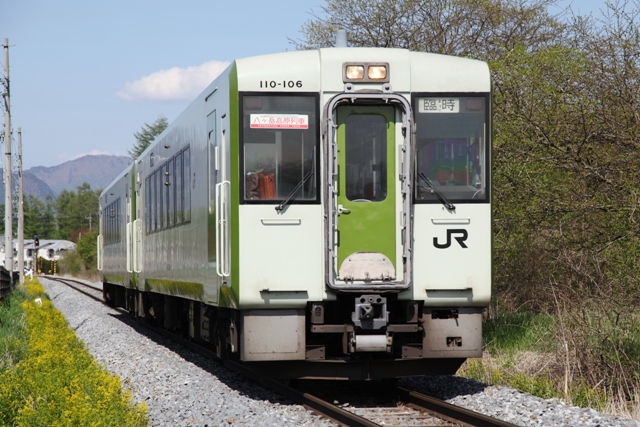 
The JR East Koumi Line, known as the Yatsugatake Highland Line, is a local railway route in Yamanashi and Nagano prefectures. Connecting Kobuchizawa and Komoro, the line length is 78.9km. The whole route is unelectrified and is a single track.

The biggest feature of this line is that the trains run on the highland at the foot of the Yatsugatake mountains. Nobeyama Station on this line is at an elevation of 1345 meters, which is Japan's highest railway station.

Lovely DMU, KiHa 110 series is a representative train on this line (see the top photo). It is usually operated as a two-car train. The world's first diesel-battery hybrid train, DMU E200 series is also operated on this line, but, unfortunately, I haven't have an opportunity to ride it yet.

In the meantime, Yatsugatake Highland is famous for being a "star watching area" among space enthusiasts, as it is an ideal place for them. According to meteorological data, the sunny rate in this area is higher than those of the other areas. The air is very clear because of the countryside. In addition, they can secure wide skies because of its flat topography.

Professional astronomers also enjoy the advantage of the natural conditions in Yatsugatake Highland. The National Astronomical Observatory of Japan has a 45m single-dish radio telescope that operates in short-millimeter wavelengths (see the follwing photo). It has found evidence of Black holes, new interstellar molecules and so on.

The JR East Koumi Line provides us with various pleasures. 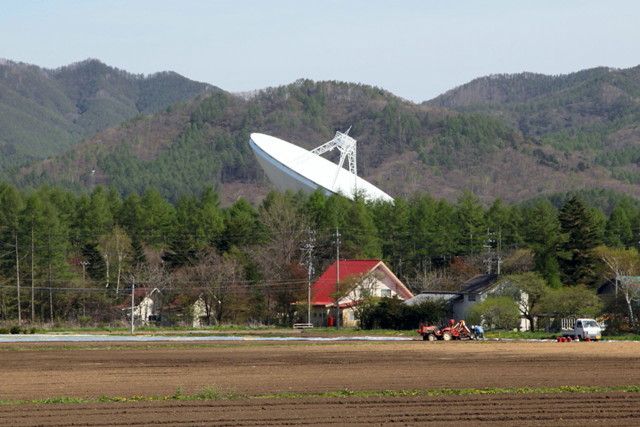